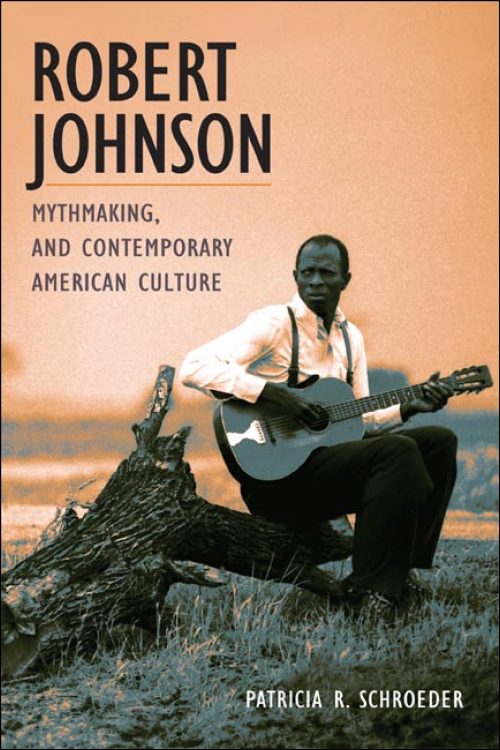 Merging literary analysis with cultural criticism and biographical study, Patricia R. Schroeder explores Johnson's ongoing role as a cultural icon. Schroeder's detailed analysis engages key images and myths about the blues musician (such as the Faustian crossroads exchange of his soul for guitar virtuosity). Navigating the many competing interpretations that swirl around him, Schroeder reveals the cultural purposes served by the stories and the storytellers. The result is a fascinating examination of the relationships among Johnson's life, its subsequent portrayals, and the forces that drove the representations.

Offering penetrating insights into both Johnson and the society that perpetuates him, Robert Johnson, Mythmaking, and Contemporary American Culture is essential reading for blues fans and cultural critics interested in a foundational musical figure.

Patricia R. Schroeder is a professor of English at Ursinus College. She is the author of The Feminist Possibilities of Dramatic Realism and The Presence of the Past in Modern American Drama.

"Patricia Schroeder's book is intellectually generous and morally acute. She is sensitive both to what is lost when Robert Johnson is disappeared from history into myth, and what is gained when both the man and his work become the common property--the imaginative free field--of all those, like Schroeder herself, who could never have encountered Johnson or his songs in their own place and time."--Greil Marcus

"Patricia Schroeder's masterful study of Robert Johnson touches thevirtual and the historical, from websites to short stories, documentaryfilms to recent legends. Venturing well beyond the bluesman's Mississippi home and the records he made in the late 1930s, she shows how our modern world has embraced him as a complex and emblematic figure."--Stephen Wade

Certificate of Merit for Best Research in Recorded Blues by the Association for Recorded Sound Collections (ARSC), 2005.