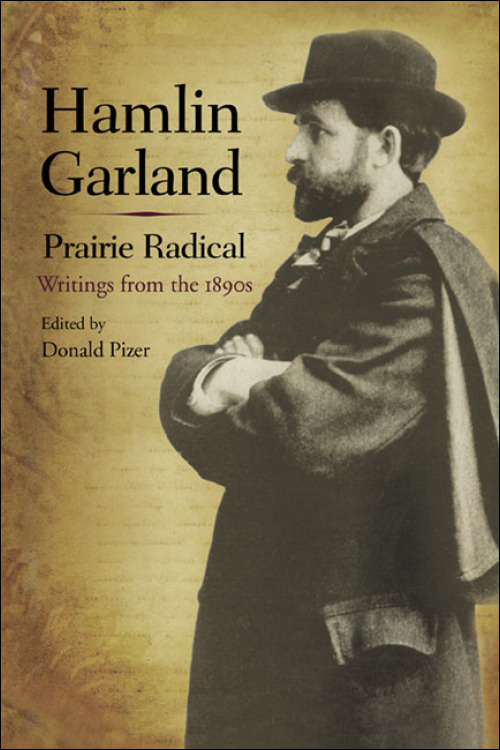 As a self-proclaimed native "son of the middle border" states of Wisconsin, Nebraska, Iowa, Minnesota, and South Dakota, Hamlin Garland wrote short stories, novels, and essays about the harsh realities of farm life. At a time when rural romanticism was in literary vogue, he described conditions for midwestern farmers as they really were and promoted a wide variety of reforms to improve their lives, including women's rights legislation and single-tax reform.

The volume reprints much of Garland's radical fiction and nonfiction from between 1887 and 1894, almost all previously uncollected, including four of his most outspoken stories depicting farm conditions of the time. Fueled by moral outrage and a cry for justice shaped by his own family's hardships in Wisconsin, Iowa, and South Dakota, the radical writing of his early career is filled with compassion and fury.

Seeking to reinvigorate an appreciation and understanding of Garland's centrality in the rise of a post–Civil War radical spirit in American expression, this collection assembles the most vibrant and representative examples of his radical 1890s writings.

"This collection of well-chosen and stimulating pieces may come as a surprise to many readers not familiar with Garland, and even some who are."--The Annals of Iowa

"An important collection. . . . Provide[s] an illuminating approach to the impassioned and fractious issues that swirled around American life in the tumultuous 1890s."--Indiana Magazine of History

"A valuable introduction to Garland's work. As a scholar with extensive experience writing about Garland and his contemporaries, Pizer serves as an authoritative guide and compiler for this particular project."--Western American Literature

"Hamlin Garland, Prairie Radical recovers many of Garland's characteristic yet neglected writings from his most important period and politically situates his better-known writings, including "Under the Lion's Paw," Rose of Dutcher's Cooly, and Crumbling Idols. More than a recovery project, this book should also prove to be a valuable teaching tool."--Gary Scharnhorst, author of Bret Harte: Opening the American Literary West

"A succinct entrée to Garland's political and social writings, giving him his due as a radical thinker and artist. There is no comparable work focusing on or collecting Garland's politically inflected fiction or nonfiction writings."--Mark Pittenger, author of American Socialists and Evolutionary Thought, 1870–1920