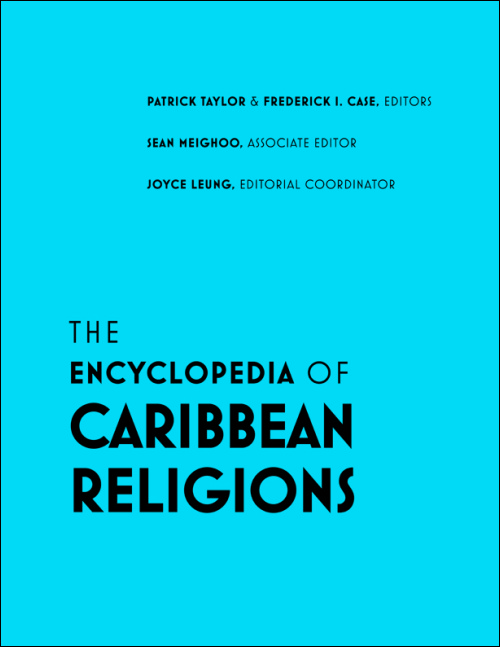 The Encyclopedia of Caribbean Religions is the definitive reference for Caribbean religious phenomena from a Caribbean perspective. Generously illustrated, this landmark project combines the breadth of a comparative approach to religion with the depth of understanding of Caribbean spirituality as an ever-changing and varied historical phenomenon. Organized alphabetically, entries examine how Caribbean religious experiences have been shaped by and have responded to the processes of colonialism and the challenges of the postcolonial world.

Patrick Taylor is former chair of the Department of Humanities at York University and a fellow of the Centre for Research on Latin America and the Caribbean. He is the author of The Narrative of Liberation: Perspectives on Afro-Caribbean Literature, Popular Culture, and Politics and editor of Nation Dance: Religion, Identity, and Cultural Difference in the Caribbean. Frederick I. Case was principal at New College, University of Toronto, and authored The Crisis of Identity: Studies in the Guadeloupean and Martiniquan Novel, among other works.

"Both the content and perspective of The Encyclopedia of Caribbean Religions make it a special work. It fills a huge gap left by existing reference sources. Enthusiastically recommended."--Booklist

"This absorbing exploration of various major themes and topics concerning Caribbean religions is rich with text, photographs, and illustrations; and quite comprehensive."--Library Journal

"This is a significant work in Caribbean scholarship and will undoubtedly take its rightful place on the bookshelves of libraries everywhere to assist researchers and essayists, from high school to university."--The Caribbean Camera Newspaper

"This encyclopedia covers an impressive scope of material. Useful for students and scholars alike. Recommended."--Choice

"Easily the most comprehensive and impressive encyclopedic work on religions in the Caribbean. The impressiveness of the work derives from its bringing together the expertise of a host of scholars working on a broad spectrum of religious traditions, topics, and issues. It should become the source of first resort for anyone who wants to explore most aspects of religion in the Caribbean."--The Americas: A Quarterly Review of Inter-American Cultural History

"The most thorough publication to date on this topic. This is a highly recommended resource for public, community college and university libraries."--Philosophy and Religion