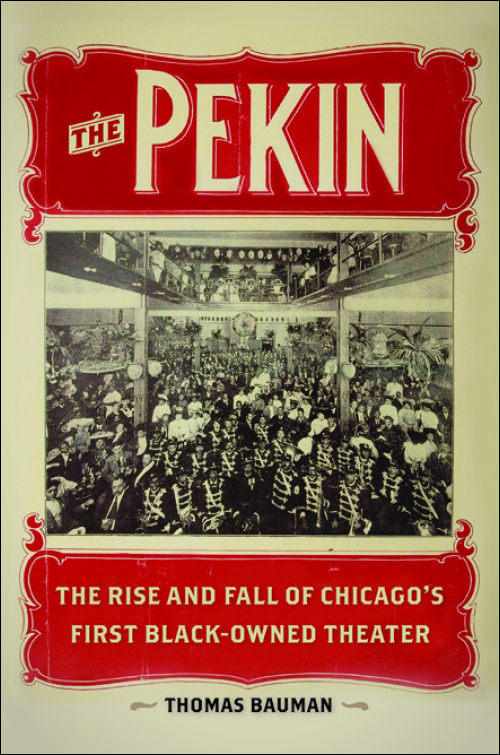 In 1904, political operator and gambling boss Robert T. Motts opened the Pekin Theater in Chicago. Dubbed the "Temple of Music," the Pekin became one of the country's most prestigious African American cultural institutions, renowned for its all-black stock company and school for actors, an orchestra able to play ragtime and opera with equal brilliance, and a repertoire of original musical comedies.

The Pekin's prestige and profitability faltered after Motts' death in 1911 as his heirs lacked his savvy, and African American elites turned away from pure entertainment in favor of spiritual uplift. But, as Bauman shows, the theater had already opened the door to a new dynamic of both intra- and inter-racial theater-going and showed the ways a success, like the Pekin, had a positive economic and social impact on the surrounding community.

Thomas Bauman is a professor of musicology at Northwestern University. He is the author of North German Opera in the Age of Goethe.

"Impressive. . . . Anyone who is interested in African-American theater, or even in the history of social consciousness and art in Chicago, can benefit from this clearly written and well-researched exploration of a nearly forgotten playhouse."--South Side Weekly

"An important contribution to the field. . . . Bauman's research is remarkable. Highly recommended."--Choice

"Musicologist Thomas Bauman directs his prodigious research skills to reconstruct the rise and fall of a single (and singular) institution: Chicago's first black-owned theater, the Pekin. . . . Bauman painstakingly recreates a timeline of performances and offers a sense of the theater's critical reception in black and white newspapers, and understanding of its financial challenges, and a grasp of the role it played within the community." American Music

"The Pekin's heretofore neglected background and setting are amply supplied in this superb book. It makes a truly important statement about how theaters were embedded in their communities and how the impact of a place such as the Pekin could affect the reputation and business prospects of its neighbors in extraordinary ways."--Thomas Riis, author of Frank Loesser"It's clear from first glance that Bauman has done something extraordinary in filling in and out one of the biggest gaps in American theater history by narrating the social, cultural, and political biography of both Robert T. Motts himself and of his Pekin Theater of Chicago."--Vershawn Ashanti Young, author of From Bourgeois to Boojie: Black Middle-Class Performances