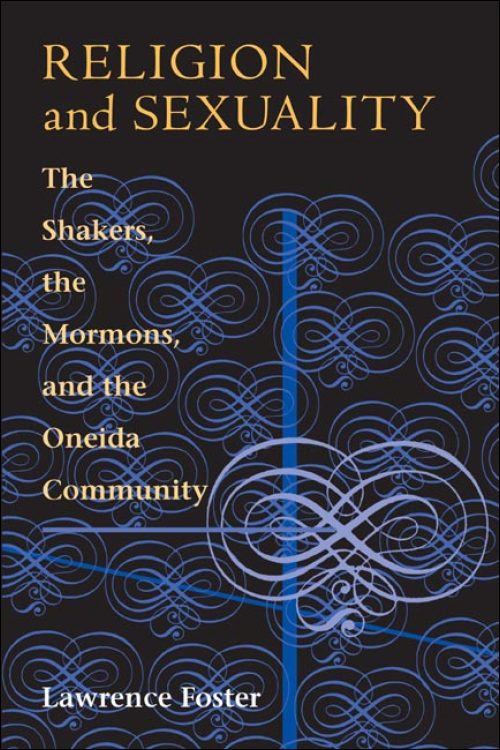 "Most writers have treated these three groups and the social ferment out of which they grew as simply an American sideshow. . . . In this book, therefore, I have attempted to go beyond the conventional focus on what these groups did; I have also sought to explain why they did what they did and how successful they were in terms of their own objectives. By trying sympathetically to understand these extraordinary experiments in social and religious revitalization, I believe it is possible to come to terms with a broader set of questions that affect all men and women during times of crisis and transition."--From the preface

Lawrence Foster is a professor of American history in the School of History and Sociology at Georgia Tech University. He is the author of Free Love in Utopia: John Humphrey Noyes and the Origin of the Oneida Community.

"This is a balanced and masterful study on a timely topic that sheds light on the representative humanness of Shakers, Oneidans, and Mormons as they developed essentially religious strategies for coping with problems of intimacy in their times."--Catherine L. Albanese, author of Corresponding Motion: Transcendental Religion and the New America

"Foster has produced an exciting, first-rate study. In showing us the details of sexual sublimation among the Shakers, the intricacies of the 'complex marriage' and coitus reservatus among the Oneida Perfectionists, and the virtually unfathomable complexity of Joseph Smith's early ideals and trials at plural marriage in Nauvoo, Foster gives these groups a degree of humanity, tangibility, and pathos rarely available from historians."--Mark P. Leone, Western Historical Quarterly

"Foster's study is not merely historical, for he is asking us to perceive in these earlier struggles and achievements the same urge to discover new and better ways which is now so important a movement of our own far more troubled and confused era."--Rosemary Haughton, Commonweal

"This important scholarly work is highly relevant to at least three of the academic disciplines: early American history, sociology of religion, and sociology of the family. Furthermore, no lay person with interests in such wide-ranging phenomena as Mormon history, early communal movements, alternative marriage arrangements, and sex role structure can afford to be without it."--Harold Christensen, Western Humanities Review

"A model study of the history of group and cultural dynamics that includes the most exhaustively researched, broadly conceived, and sophisticated analysis of Mormon polygamy extant."--Klaus J. Hansen, author of Mormonism and the American Experience