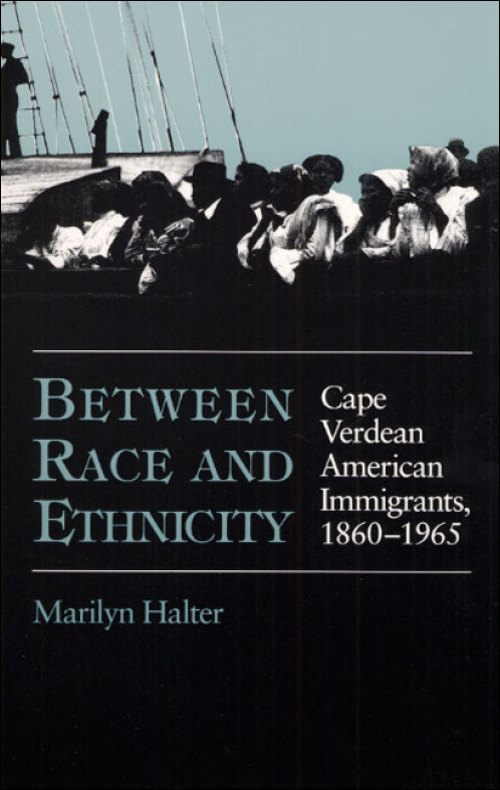 Between Race and Ethnicity

Arriving in New England first as crew members of whaling vessels, Afro-Portuguese immigrants from Cape Verde later came as permanent settlers and took work in the cranberry industry, on the docks, and as domestic workers.

Marilyn Halter combines oral history with analyses of ships' records to chart the history and adaptation patterns of the Cape Verdean Americans. Though identifying themselves in ethnic terms, Cape Verdeans found that their African-European ancestry led their new society to view them as a racial group. Halter emphasizes racial and ethnic identity formation to show how Cape Verdeans set themselves apart from the African Americans while attempting to shrug off white society's exclusionary tactics. She also contrasts rural life on the bogs of Cape Cod with New Bedford’s urban community to reveal the ways immigrants established their own social and religious groups as they strove to maintain their Crioulo customs.

Marilyn Halter is a professor emerita of history at Boston University. She is the author of Shopping for Identity: The Marketing of Ethnicity and coauthor of African & American: West Africans in Post-Civil Rights America.

"An engaging study of a particularly intriguing and little-studied group with much to tell us about the construction of race and ethnicity and the dynamics of migration and community."--Sarah Deutsch, Clark University