Esteemed as a literary critic and poet, Edgar Allan Poe was most highly acclaimed for his tales and sketches. He transformed the short story from anecdote to art, virtually created the detective story, and perfected the psychological thriller. This volume is the second of two, edited by the consummate Poe scholar Thomas Ollive Mabbott, collecting all the tales of this master of the uncanny, the unnerving, and the terrifying.

Volume 2 contains stories written between 1843 and Poe's death, including "The Tell-Tale Heart," "The Purloined Letter," and "The Cask of Amontillado."

"This annotated edition establishes itself as the definitive text and record . . . the product of a lifetime of research by the distinguished Poe scholar, Thomas O. Mabbott. . . . Specialists will relish the rich headnotes, the complete rescension (including variorum footnotes) of the text, and the illuminating notes; the general reader will welcome the critical introductions, the readable page and attractive format, and the incisive commentary." -- Choice 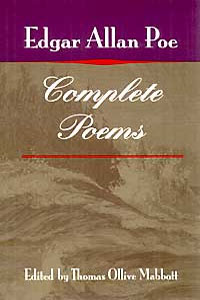 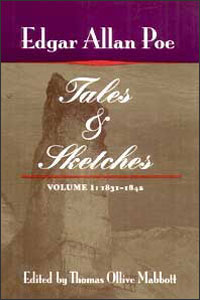