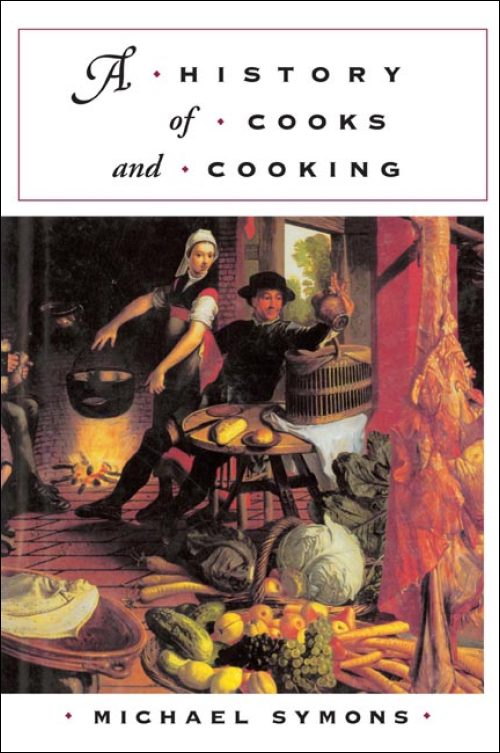 A History of Cooks and Cooking

Never has there been so little need to cook. Yet Michael Symons maintains that to be truly human we need to become better cooks: practical and generous sharers of food. In this wide-ranging history of humans as cooking animals, Symons takes readers to the clay ovens of the prehistoric Mediterranean and the bronze cauldrons of ancient China, to fabulous banquets in the temples and courts of Mesopotamia and Persia, to medieval English cookshops and southeast Asian street markets, to palace kitchens, diners, and modern fast-food eateries. Symons also samples perceptions of cooks and cooking from Plato to Virginia Woolf, asking why cooks, despite their vital and central role in sustaining life, have remained in the shadows.

Considering such notions as the physical and political consequences of sauce, connections between food and love, and cooking as a regulator of clock and calendar, A History of Cooks and Cooking provides a spirited defense of a cook-centered view of the world.

Michael Symons is the author is the author of A Shared Table: Ideas for Australian Cuisine and The Pudding that Took a Thousand Cooks: The Story of Cooking in Civilization and Daily Life.

"Symon's lively intelligence is most welcome, for he reminds us of the underlying values of pleasure and companionship literally embodied as we consume a meal. His observations pierce through scholarship to real life of whatever century."--Chicago Tribune

"This book is a stimulating and lively read, and not only for cooks!"--Stephanie Alexander, editor of The Food of Australia: Contemporary Recipes from Australia's Leading Chefs

"Fascinating. . . . [Symons] places at center stage those people who, in defiance of this age of greed, are sharers."--The Age, Melbourne