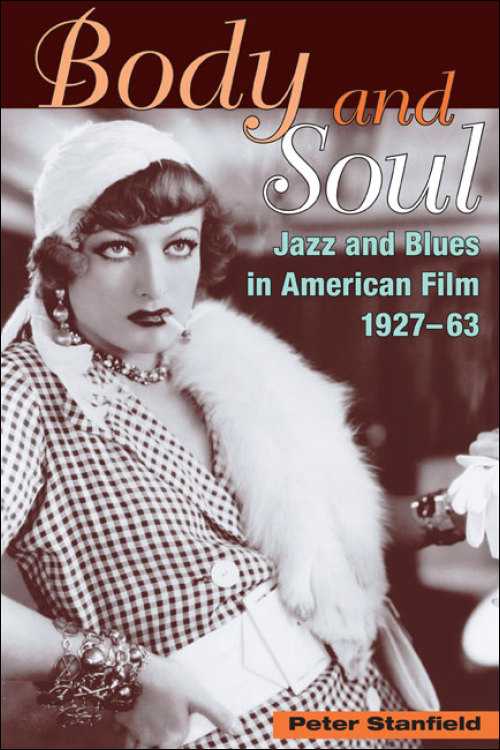 Writing in the late 1930s, New York journalist Joseph Mitchell observed: "Except for the minstrel show, the strip act is probably America's only original contribution to the theater." In Body and Soul, Peter Stanfield's arguments echo Mitchell's observation. Stanfield begins by exploring how Hollywood used blackface minstrelsy to represent an emerging urban American theatrical history, and ends with a look at how American film at the close of the studio era represented urban decay through the figure of the burlesque dancer and stripper. In between, Stanfield considers the representation of American urban life in jazz, blues, ballads, and sin-songs and the manner in which the film studios exploited this "gutter" music.

Alongside extensive, thought-provoking, and lively analysis of some of the most popular jazz and blues songs of the twentieth century--"Frankie and Johnny," "St. Louis Blues," "The Man I Love," "Blues in the Night," and "Body and Soul"--the book contains new work on blackface minstrelsy in early sound movies, racial representation and censorship, torch singers and torch songs, burlesque and strippers, the noir cityscape, the Hollywood Left, and hot jazz.

Peter Stanfield is Senior Lecturer in film studies at the University of Kent. He is the author of The Lost Trail: Hollywood and 1930s Westerns, and Horse Opera: The Strange History of the 1930s Singing Cowboy.

"This is a unique volume in that the author confirms the overlap of American cultural forms and racial and gender practices. . . . Appealing as much to cultural historians as to students and scholars of film and musicology, this volume is a must read for those interested in US cultural studies. Essential."--Choice

"Body and Soul is [Stanfield's] incisive report back from the field of Hollywood films - melodramas, crime films, musicals, comedies - that use, sometimes centrally but more often in crucial but taken-for-granted ways, jazz and blues-inflected music to figure and probe American identity."--Film Quarterly