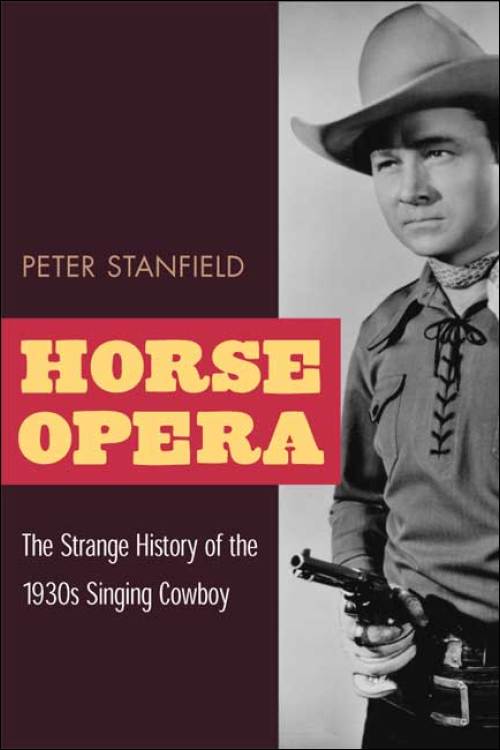 In this innovative take on a neglected chapter of film history, Peter Stanfield challenges the commonly held view of the singing cowboy as an ephemeral figure of fun and argues instead that he was one of the most important cultural figures to emerge out of the Great Depression.The rural or newly urban working-class families who flocked to see the latest exploits of Gene Autry, Roy Rogers, Tex Ritter, andother singing cowboys were an audience largely ignored by mainstreamHollywood film. Hard hit by the depression, faced with the threat--and often the reality--of dispossession and dislocation, pressured to adapt to new ways of living, these small-town filmgoers saw their ambitions, fantasies, and desires embodied in the singing cowboy and their social and political circumstances dramatized in "B" Westerns.

Entertaining and thought-provoking, Horse Opera recovers not only the forgotten cowboys of the 1930s but also their forgotten audiences: the ordinary men and women whose lives were brightened by the sights and songs of the singing Western.

Peter Stanfield, a senior lecturer in media arts at SouthamptonInstitute, England, is the author of Hollywood, Westerns and the 1930s: The Lost Trail.

"This is a pioneering work of scholarship. . . . a serious and sustained look at the world of the singing cowboy of the 1930s. Peter Stanfield brings to this neglected material a wealth of knowledge of American popular music and other cultural traditions. . . . His book will decisively affect future histories of the Western."--Edward Buscombe, author of The Searchers