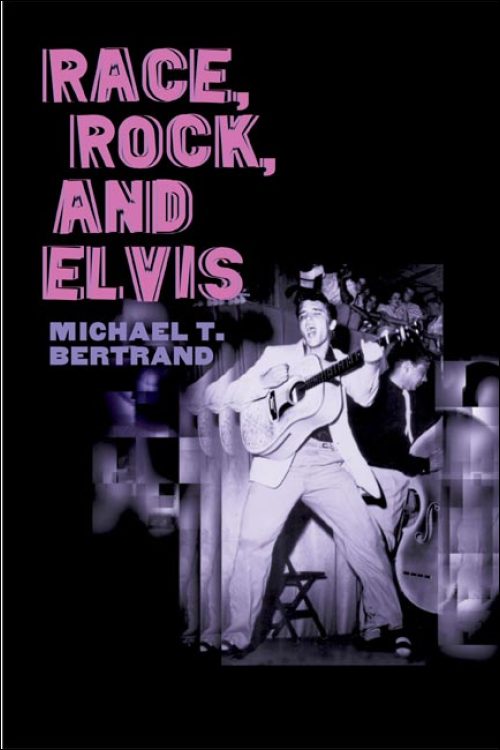 Did Elvis Presley's brand of rock 'n' roll help revise racial attitudes in postwar America? Michael T. Bertrand delves into this question and many others to investigate popular music's revolutionary influence on black-white relations in the South.

Youthful fans of rhythm and blues, rock 'n' roll, and other black-inspired music often broke from their segregationist elders and ignored the color line. Not coincidentally, these same young white people--the southern branch of a national and commercialized youth culture--led a general relaxation of racist attitudes. Bertrand argues that African American music facilitated a new recognition of black people as fellow human beings. African American audiences welcomed Elvis with enthusiasm while racially mixed audiences flocked to music venues at a time when adults expected separate performances for black and white audiences. Bertrand also describes the critical role of radio and recordings in making African American culture available to white fans on an unprecedented scale. Over time, southern working-class youth used the new music to define and express new values and build their own identities.

Michael T. Bertrand is an associate professor of history at Tennessee State University.

"Bertrand has managed to argue more cogently and with more evidential authority than any previous commentator that the music that Elvis Presley and his rockabilly cousins fashioned in the South in the 1950s represented a serious threat to various national and regional social conventions, particularly those relating to race, class, and gender."--Brian Ward, Journal of American History

"Meticulous research and elegant, concise prose. . . . Bertrand has written an insightful book that both deepens our understanding of rock 'n' roll and makes significant contributions to musical studies, Southern history, and the history of the civil rights movement."--Patrick Huber, History

"Convincingly argues that the black-and-white character of the sound, as well as Elvis's own persona, helped to relax the rigid color line and thereby fed the fires of the civil rights movement."--Karal Ann Marling, American Historical Review

"Thoroughly readable and redemptive. . . . The story of American music is, after all, as complex as the story of the country itself, and yet Betrand covers most bases with impressive ease. His major contribution, however, is a measured assessment of how rock 'n' roll . . . really did change the seemingly unchangeable place of its birth."--John Kelly, The Irish Times

"A thoroughly absorbing piece of work."--Keith Briggs, Blues and Rhythm

"A major contribution to our knowledge of the cultural importance of early rock 'n' roll."--Craig Morrison, Journal of American Folklore

"An ambitious exploration of the relationship between cultural and political change in the South in the crucial years after World War II. This book will encourage everyone to rethink the role played by rock 'n' roll in American life."--Bill Malone, author of Country Music, U.S.A.

"Michael Bertrand aims to prove that rock 'n' roll contributed to the success of the civil rights movement by breaking down the generational transmission of traditional southern attitudes toward race. Indeed, as he argues, the attraction for young white southerners of rhythm & blues initially and rock 'n' roll eventually had enormous cultural and political consequences."--James M. Salem, author of The Late Great Johnny Ace and the Transition from R&B to Rock 'n' Roll