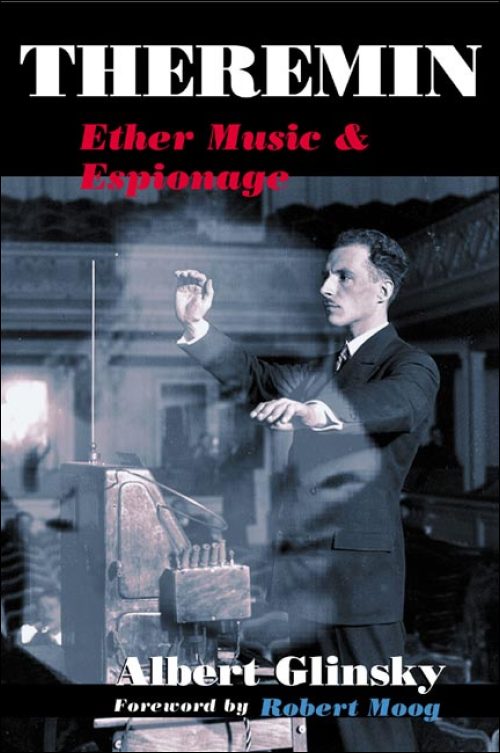 A creative genius and prolific inventor, Leon Theremin almost single-handedly launched the field of electronic music in 1920. The theremin--the only musical instrument that is played without being touched--created a sensation worldwide and paved the way for the modern synthesizer. But the otherworldly sound that entranced millions was only part of Theremin's epic life.

As a Soviet scientist, Theremin surrendered his life and work to the service of State espionage. On assignment in Depression-era America, he worked the engines of capitalist commerce while passing data on US industrial technology to the Soviet apparat. Following his sudden disappearance in 1938, Theremin vanished into the top-secret Soviet intelligence machine and was presumed dead for nearly thirty years. Using the same technology that spawned the theremin, he designed bugging devices and a host of other electronic wonders, including an early television and multimedia devices that anticipated performance art and virtual reality by decades.

Albert Glinsky's biography places the inventor at world events stretching from the Russian Revolution through the Cold War to perestroika. Throughout, he spins whimsy and treachery into an astonishing drama of one man's hidden loyalties, mixed motivations, and irrepressibly creative spirit.

Albert Glinsky is an award-winning composer whose music has been performed throughout the United States, Europe, and the Far East. He is a research fellow and professor of music at Mercyhurst University. Robert Moog (1934-2005) developed the original Moog electronic music synthesizer and was the president of Moog Music Inc., the world's leading manufacturer of theremins.

"Glinsky has traced the fascinating story of Lev Termen, Russian scientist, radio engineer and inventor of the first electronic musical instrument. The haunting wail of the 'theremin' is perhaps best known from the Beach Boys' 1966 hit 'Good Vibrations', but Glinsky demonstrates that its inventor deserves to be more than a footnote in the history of modern music. . . . A fascinating rediscovery of a forgotten man, and a valuable contribution to the history of the future."--London Times

"Glinsky unfolds an impossibly rich narrative with clarity, breadth, and a contagious sense of excitement. . . . A barely imaginable life, lived, to the last, by a true enigma."--David Toop, Bookforum

"With Theremin, Albert Glinsky has created an amazing new thriller biography. As a guide book through the twentieth century, Theremin is an incredible story of invention, music, history, science, and espionage--a celebration of pure creativity."--David Harrington, Kronos Quartet