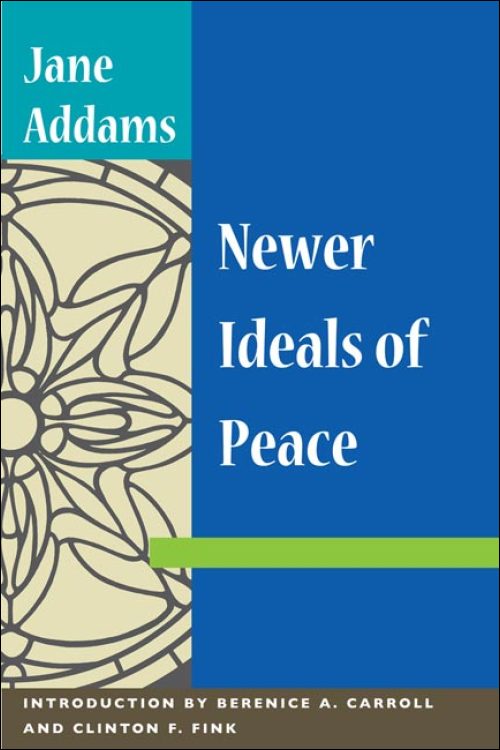 In this her second book, Jane Addams moves beyond humanitarian appeals to sensibility and prudence, advancing a more aggressive, positive idea of peace as a dynamic social process emerging out of the poorer quarters of cosmopolitan cities. Her deep analysis of relations among diverse groups in U.S. society, exemplified by inter-ethnic and labor relations in Chicago, draws widely useful lessons for both domestic and global peace, in an early formulation of today's "globalization from below."

In an unprecedented, revolutionary critique of the pervasive militarization of society, Addams applies her scathing pen to traditional advocates and philosophers of "negative" peace, founders of the U.S. constitution, militarists, bigots, imperialists, and theories of "democratic peace" and liberal capitalism. Instead she sees a slow, powerful emergence of forces from below--the poor, the despised, workers, women, ethnic and racial communities, oppressed groups at home and abroad--that would invent moral substitutes for war and gradually shape a just, peaceful, and varied social order. An extensive, in-depth introduction by Berenice Carroll and Clinton Fink provides historical context, analysis, and a reassessment of the theoretical and practical significance of Newer Ideals of Peace today.

Berenice A. Carroll, professor of political science and women's studies at Purdue University, is a past president of the National Women's Studies Association, coeditor of Women's Political and Social Thought, and editor of Liberating Women's History. Clinton F. Fink, visiting scholar in sociology at Purdue University, is a former editor of the Journal of Conflict Resolution and coauthor of Peace and War: A Guide to Bibliographies.