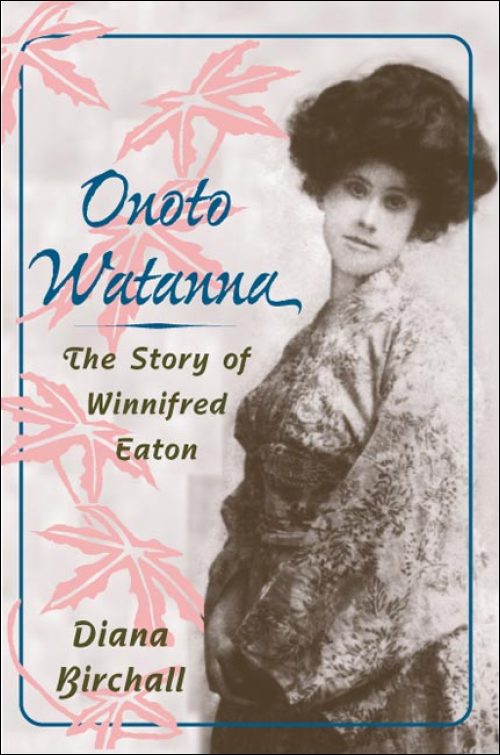 In 1901, Winnifred Eaton arrived in New York City with literary ambitions, journalism experience, and the manuscript for A Japanese Nightingale, the novel that would make her famous. Her writing and gift for reinvention would set her apart from other women authors of her time and make her a fascinating early figure in Asian American literature.

Diana Birchall, Eaton's granddaughter, tells the Horatio Alger story of the woman who became Onoto Watanna. Born to a British father and a Chinese mother, Winnifred capitalized on her exotic appearance—and protected herself from Americans' scorn of the Chinese—by "becoming" Japanese. Her popular Japanese-themed romance novels thrust her into the glittering world of New York's literati. From there she leapt to Hollywood to become a scriptwriting protégée of Carl Laemmle at Universal Studios. Yet her boldness and talent masked a sometimes-desperate personal life that included a troubled first marriage and the sudden end of her Hollywood career.

A compelling saga of the shifting boundary between life and art, Otono Watanna reveals the conflicting stories, personal tempests, and remarkable accomplishments of a woman whose career was sensational in every sense.

Diana Birchall is a story analyst at Warner Bros. Studios and the author of Mrs. Darcy's Dilemma and Mrs. Elton in America.

"Birchall, a novelist and Warner Brothers story analyst, reports the life of her 'bad grandmother' in straightforward and heartfelt prose, offering both a fascinating life story and a social history of fin de siecle literary life in New York."--Globe and Mail

"A scholarly work as well as a delight to read."--Ginny Lee, Multicultural Review

"Birchall's engaging biography of her grandmother will appeal to a broad range of readers. . . . Birchall was a novice biographer when she began work on this study; but in the process of writing it she transformed herself into a scholar."--Choice

"Birchall portrays a curiously fascinating and remarkably bold woman, best-selling novelist, and Hollywood scriptwriter who lived a life as intermingled with fact and fantasy, reality and fiction, as her novels and short stories."--Library Journal

"Immensely enjoyable reading. . . . Eaton is a fascinating woman, both in her personal and professional choices and in the many lives she led and the many worlds she inhabited. This is a story that must be told, and Birchall is the ideal person for the job. She tells Eaton's story with affection, energy, and sensitivity to her subject's unique voice and personality."--Eve Oishi, California State University at Long Beach

Diana Birchall writes about being a fourth-generation Hollywood story.