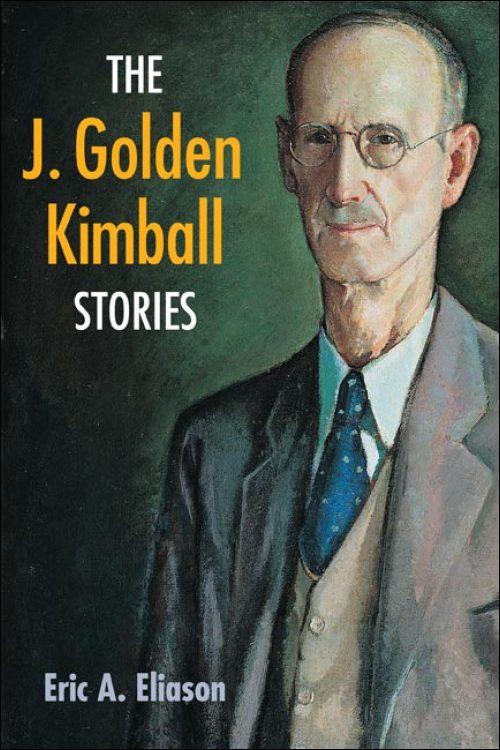 The J. Golden Kimball Stories share this beloved and iconoclastic Mormon humorist's opinions on death, marriage, love, hell, and God. Arranged thematically and framed by brief contextual introductions, each chapter provides a colorful portrait of a free-thinking Mormon folk hero. Compiled by Eric A. Eliason from original fieldwork and previously unpublished archival resources, these stories, anecdotes, and jokes place Kimball (1853-1938) in the context of Mormon history and folklore scholarship. The J. Golden Kimball Stories capture the irreverent comedy, sharp wit, and independent thinking that made him so popular, whether among other Mormons or in society at large.

Eric A. Eliason is an assistant professor of English and folklorist at Brigham Young University. He is the editor of Mormons and Mormonism: An Introduction to an American World Religion.

"Bridging the gap between western folklore and history, The J. Golden Kimball Stories reveals details of life in the West from the past as well as the present."--Overland Journal

“A funny and fascinating body of oral anecdotes.”--Studies in American Humor

“A well-researched, well-rounded exploration of a Mormon folk hero that is not only informative, but engaging. . . . Eliason has written a book that conscientiously manages to entertain and enlighten.”--Western Historical Quarterly

“The J. Golden Kimball Stories is an accessible, entertaining, and intelligent survey and interpretation of folk humor regarding one of the American West’s most significant legendary figures. Although written from the point of view of an LDS insider, Eliason’s reading of these wonderful stories transcends insularity through its solid scholarship, circumspection, and honesty.”--James P. Leary, professor of folklore and Scandinavian studies, University of Wisconsin