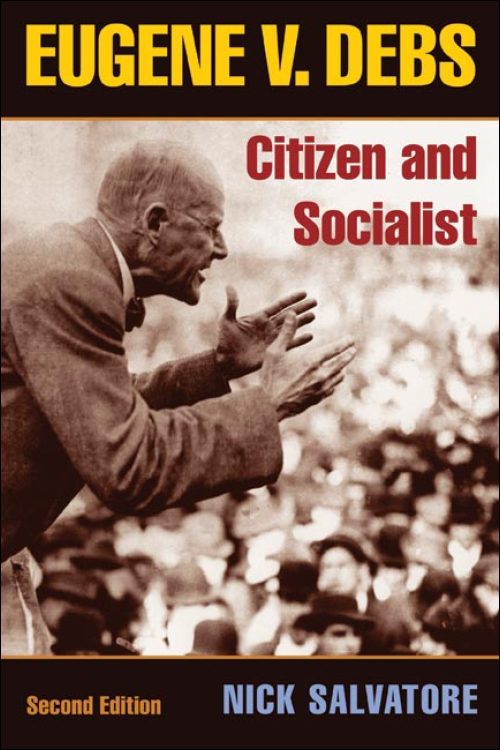 Eugene Debs (1855-1926) is regarded by many as American history's premier labor advocate. He was the leader of the Socialist party, five-time Socialist candidate for president, outspoken on the rights of all workers, and a persistent defender of America's democratic traditions.

Nick Salvatore's acclaimed biography offers a major reevaluation of Debs, the movements he launched, and his belief in American Socialism as an extension of the nation's democratic traditions. He also shows the relationship between Debs's public image and his private life as child, sibling, husband, and lover. Salvatore's Debs--weaknesses intact--emerges as a complex man, frustrated and angered by the glaring inequities of a new economic order, and willing to risk his freedom to preserve the essence of democratic society.

Nick Salvatore is Maurice and Hinda Neufeld Founders Professor of Industrial and Labor Relations and a professor of American studies at Cornell University. He is the author of We All Got History: The Memory Books of Amos Webber and other books.

See www.nicksalvatore.com for more information on the author.

"In this stunning book, Salvatore sets Debs firmly within the central traditions of United States political and social history and depicts, as never before, the triumph and tragedy that characterized the socialist leader's personal and public life."--American Historical Review

"Nick Salvatore's biography is very solid work. . . . The Debs who emerges is a flawed human being--very flawed--yet an extraordinary person: a man deficient in self-knowledge, as public figures usually are, but also a great tribune."--New York Review of Books

“This is biography at its best.”--Eric Foner, History Book Club