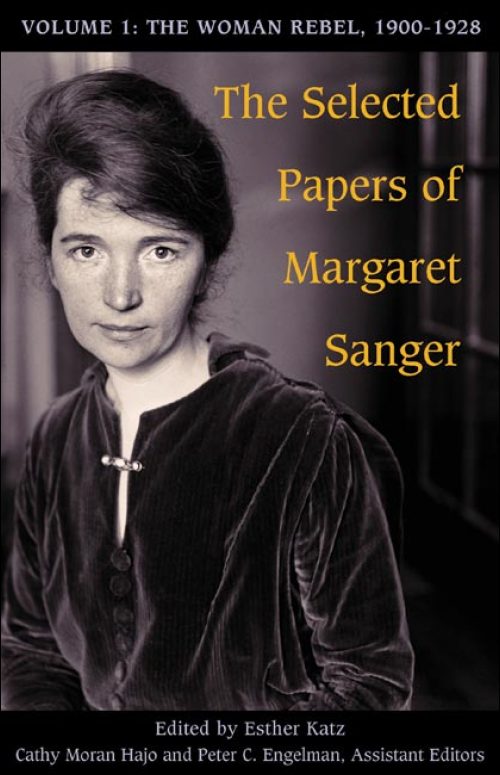 The birth control crusader, feminist, and reformer Margaret Sanger was one of the most controversial and compelling figures in the twentieth century. The Selected Papers of Margaret Sanger: Volume 1 is composed of Sanger’s letters, diaries, journals, articles, and speeches, most of which have not appeared previously in print. Now in paperback, the book documents the critical phases and influences of an American feminist icon and offers rare glimpses into her working-class childhood, burgeoning feminism, spiritual and scientific interests, sexual explorations, and diverse roles as wife, mother, lover, nurse, journalist, radical socialist, and activist.

"[A] forthright, sophisticated, and dramatic rendering of Sanger's history that makes an important contribution to the history of the birth control movement."--New York History

"Mesmerizing letters from the days when birth control was legally obscene and jail sentences were regularly given out for talking about it in public. Nearly a century ago, Margaret Sanger was defending woman's ‘ownership of her own body' and linking access to contraception to civil liberties and personal freedom. Rights we take for granted have a long and sometimes surprising history that comes clear on these pages. Required reading for our own time, whichever side of Roe v. Wade you are on."--Linda K. Kerber, author of No Constitutional Right to Be Ladies: Women and the Obligations of Citizenship

"These wonderful letters, diary excerpts, and essays dramatize women's long struggle for respect, self-awareness, independence, influence, and control over our bodies and our lives. To contemplate Margaret Sanger's harsh reality and the enduring vision of this courageous pioneer— while the war against women escalates on every front -- is a heartening and galvanizing act of rebellion. Esther Katz and her splendid team have given us all a very great gift."--Blanche Wiesen Cook, University Distinguished Professor, John Jay College and the Graduate Center, CUNY, and the author of Eleanor Roosevelt, volumes 1 and 2

"This engrossing volume, meticulously edited and selected, captures Margaret Sanger in all her complexity during a formative period in her long career. Open to practically any page, and something will grab your historical attention."--Susan Ware, editor of Notable American Women, volume 5