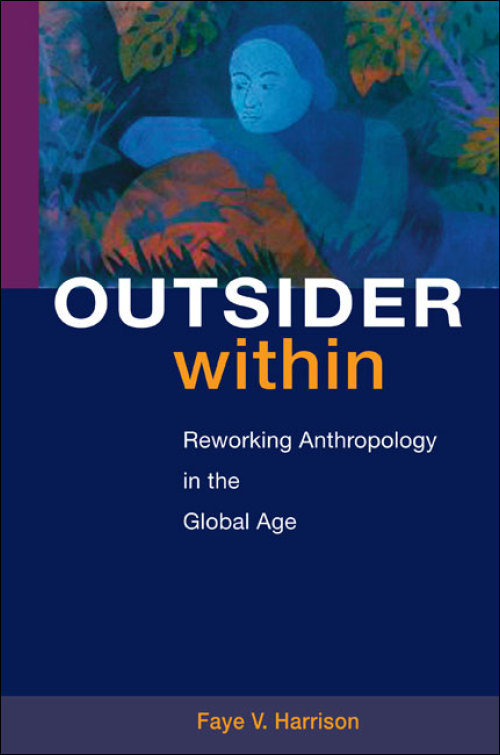 Outsider Within presents an approach to critically reconstructing the anthropology discipline to better encompass issues of gender and race. Among the nine key changes to the field that Faye V. Harrison advocates are researching in an ethically and politically responsible manner, promoting greater diversity in the discipline, rethinking theory, and committing to a genuine multicultural dialogue. In drawing from materials developed during her distinguished twenty-five-year career in Caribbean and African American studies, Harrison analyzes anthropology's limits and possibilities from an African American woman's perspective, while also challenging anthropologists to work together to transcend stark gender, racial, and national hierarchies.

Faye V. Harrison is a professor in the African American studies program and department of anthropology, University of Florida, and editor of Resisting Racism and Xenophobia: Global Perspectives on Race, Gender, and Human Rights.

"Outsider Within is a real winner. The anthropology field has been waiting over three decades for new scholarship on the African diaspora to the New World. This book is a masterpiece of broad scholarship that covers the field's multiple lineages and legacies, and also draws on literature from a range of other fields: sociology, psychology, women's and feminist studies, popular literature, political science, cultural studies, and more."--Tony Whitehead, professor of medical anthropology, University of Maryland

"One of the most gifted and profound writers in anthropology today, it is imperative that her corpus of materials be shared."--Audrey Smedley, professor emerita of anthropology, Virginia Commonwealth University

"Harrison provides a bold vision for anthropology in the twenty-first century. She calls for a collective reworking of anthropology so we can be more responsive to issues of race, gender, and inequality in this century than we were in the last."--Lee D. Baker, author of From Savage to Negro: Anthropology and the Construction of Race, 1896-1954