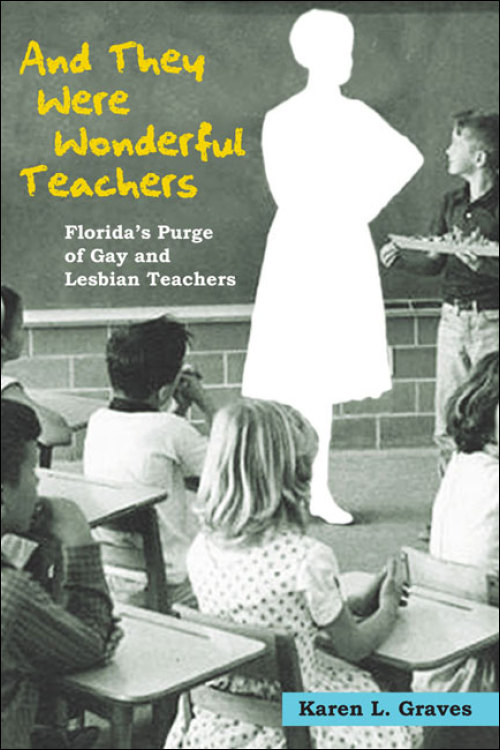 And They Were Wonderful Teachers

And They Were Wonderful Teachers: Florida's Purge of Gay and Lesbian Teachers is a history of state oppression of gay and lesbian citizens during the Cold War and the dynamic set of responses it ignited. Focusing on Florida's purge of gay and lesbian teachers from 1956 to 1965, this study explores how the Florida Legislative Investigation Committee, commonly known as the Johns Committee, investigated and discharged dozens of teachers on the basis of sexuality.

Karen L. Graves details how teachers were targeted, interrogated, and stripped of their professional credentials, and she examines the extent to which these teachers resisted the invasion of their personal lives. She contrasts the experience of three groups--civil rights activists, gay and lesbian teachers, and University of South Florida personnel--called before the committee and looks at the range of response and resistance to the investigations. Based on archival research conducted on a recently opened series of Investigation Committee records in the State Archives of Florida, this work highlights the importance of sexuality in American and education history and argues that Florida's attempt to govern sexuality in schools implies that educators are distinctly positioned to transform dominant ideology in American society.

Karen L. Graves is an associate professor of education at Denison University and the coeditor of Inexcusable Omissions: Clarence Karier and the Critical Tradition in History of Education Scholarship.

"A worthwhile history for both activists and educators."--SocialistWorker.org

"Important not only to scholars of sexual orientations but also to those who study the civil rights movement and issues related to academic freedom."--H-Florida

"This book offers detailed and compelling evidence of institutional and social hostility toward lesbian and gay educators at mid-century, something we generally knew existed but has been frighteningly absent from the public record. This exceptional book renders in engrossing detail just how homophobia played out in schools."--Jackie M. Blount, author of Fit to Teach: Same-Sex Desire, Gender, and School Work in the Twentieth Century

"Evocative and effective. This book makes a significant contribution not only to our understanding of the Johns Committee but to the history of education."--David K. Johnson, author of The Lavender Scare: The Cold War Persecution of Gays and Lesbians in the Federal Government