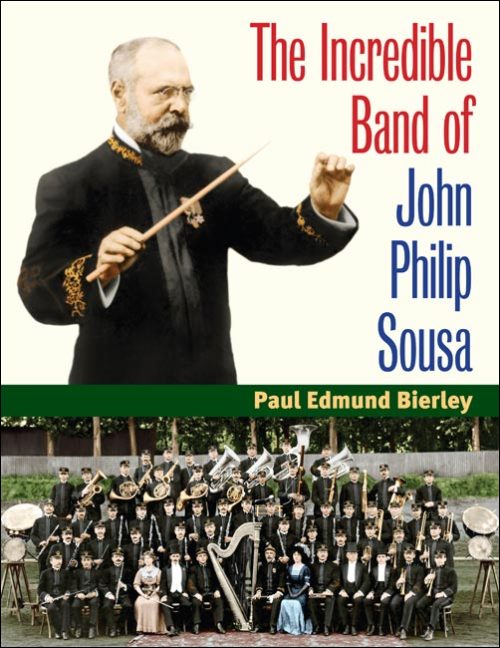 John Philip Sousa (1854-1932) is an American icon. Most famous for his military marches, the composer-bandmaster led a disciplined group of devoted musicians on numerous American tours and around the world, shaping a new cultural landscape. Paul Edmund Bierley documents every aspect of the "March King's" band: its history, its star performers, its appearances on recordings and radio, and the problems members faced on their 1911 trip around the world. Enhanced by more than 120 images and photographs, The Incredible Band of John Philip Sousa also contains six statistical appendixes detailing where the band played, a complete list of musicians, instrumentation of the band, program listings, and a discography.

"Solidly researched, the book provides a view of music in American life not found in other studies of Sousa or the period. Highly recommended."--Library Journal

"If your personal library is missing this book, you cannot have a complete music section."--Circus Fanfare

"This is the first major scholarly work to minutely detail the four-decade-long existence of the greatest and most influential concert band ever. A magnificent resource brimming with intriguing and detailed information, it is one of the best books ever in the field of band scholarship."--Craig B. Parker, professor of music history, Kansas State University

Received the 2007 Association for Recorded Sound Collections Award for Excellence in Historical Recorded Sound Research, under the heading of “Best Discography.”