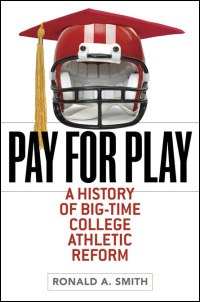 In an era when college football coaches frequently command higher salaries than university presidents, many call for reform to restore the balance between amateur athletics and the educational mission of schools. This book traces attempts at college athletics reform from 1855 through the early twenty-first century while analyzing the different roles played by students, faculty, conferences, university presidents, the NCAA, legislatures, and the Supreme Court.

Pay for Play: A History of Big-Time College Athletic Reform also tackles critically important questions about eligibility, compensation, recruiting, sponsorship, and rules enforcement. Discussing reasons for reform--to combat corruption, to level the playing field, and to make sports more accessible to minorities and women--Ronald A. Smith candidly explains why attempts at change have often failed. Of interest to historians, athletic reformers, college administrators, NCAA officials, and sports journalists, this thoughtful book considers the difficulty in balancing the principles of amateurism with the need to draw income from sporting events.

Ronald A. Smith is professor emeritus of sports history at Penn State University and the author of several books, including Sports and Freedom: The Rise of Big-Time College Athletics and Play-by-Play: Radio, Television, and Big-Time College Sport. 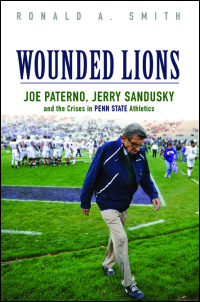 "In this provocative book ... [Smith] details the efforts to purify intercollegiate sports since the first teams faced off in the 1850s. He makes a solid case for why reforms are needed."--Diverse: Issues in Higher Education

"Smith's extensively researched and well-documented text shows that throughout the history of college athletics there have been only a handful of true champions of reform and they have universally lost to the pressures of professionalization."--EH.NET

"Ronald A Smith meticulously documents the history of reform attempts of intercollegiate athletics, an enterprise so full of contradiction, hypocrisy, and downright chicanery that it has long begged for major change. . . . His definitive study depresses any reader hopeful for the systemic reform of college sports."--The Journal of American History

"Sweeping in its coverage of big-time college athletic reform and rich detail. . . . A significant contribution to the place and meaning of college sports in the modern United States."--American Historical Review

"A major contribution to the history of college sports. This astounding book does not leave a stone unturned, and it represents a lifetime of researching and writing on the subject from a top expert in the field."--John Sayle Watterson, author of The Games Presidents Play: Sports and the Presidency

"Ronald A. Smith pulls no punches in this thoughtful and thorough history of intercollegiate athletic reform. He deals directly with the role presidents play in reforming athletics, he calls hypocrisy by the right name when he finds it (all too often), and he recognizes the limits to what can be done to improve intercollegiate athletics in this country. Smith's candor and honesty are refreshing and impressive."--William G. Bowen, coauthor of Reclaiming the Game: College Sports and Educational Values

Pay for Play in Bloomberg