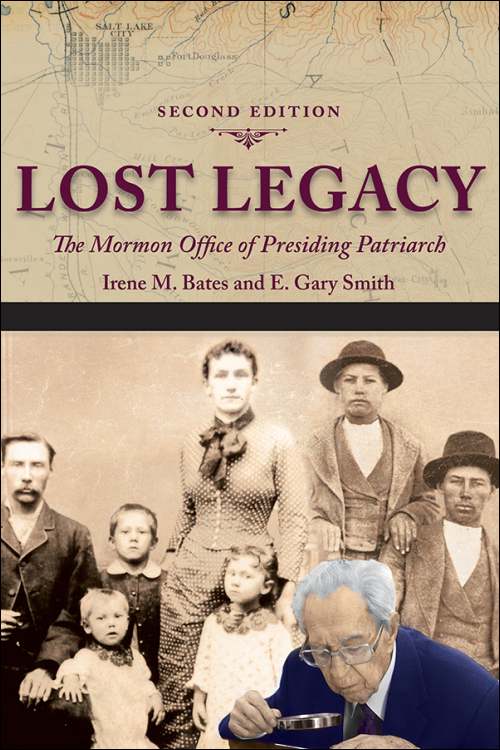 Joseph Smith's father, Joseph Smith Sr., first occupied the hereditary office of Presiding Patriarch of the Church of Jesus Christ of Latter-day Saints. Thereafter, it became a focal point for struggle between those appointed and those born to leadership positions. This new edition of Lost Legacy updates the award-winning history of the office. Irene M. Bates and E. Gary Smith chronicle the ongoing tensions around the existence of a Presiding Patriarch as a source of conflict between the Smith family and the rest of the leadership. Their narrative continues through the dawning realization that familial authority was incompatible with the LDS's structured leadership to the decision to abolish the office of Patriarch in 1979.

This second edition, revised and supplemented by author E. Gary Smith, includes a new chapter on Eldred G. Smith, the General Authority Emeritus who was the final Presiding Patriarch. It also updates the text and provides a new preface by E. Gary Smith.

Irene M. Bates received a Ph.D. in history from UCLA. She died in 2015. E. Gary Smith is the son of the last Presiding Patriarch and is retired after being senior partner at Smith & Smith in Santa Ana, California.

"[A] fascinating story. . . . For Latter-day Saints who revere Church authorities as inspired prophets, the book will undoubtedly read a little like an exposé. . . . Far from demeaning the authorities, this illuminating history can reassure readers that difficult problems are sensitively handled in the upper councils of the Church."--BYU Studies

"Especially interesting and informative in the personal insights brought to the volume by Eldred G. Smith--the last of the Presiding Patriarchs, who was able to add his first-hand knowledge to the materials in the book, rather than merely a documentary collection of papers to be perused and gleaned."--Latter-Day Saint History