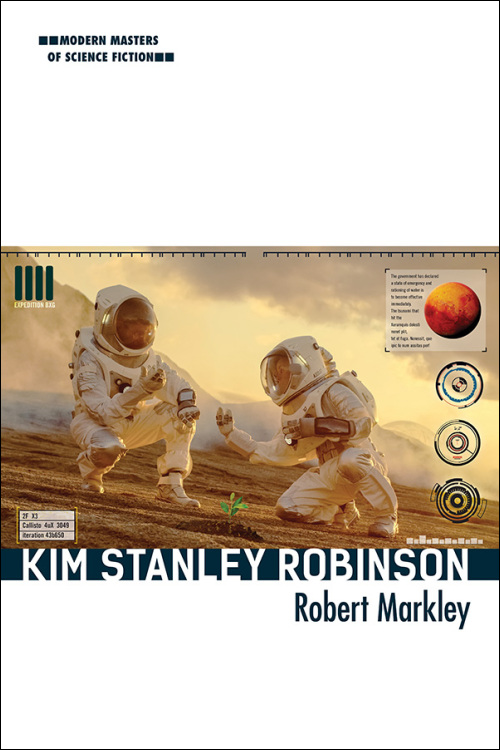 Award-winning epics like the Mars trilogy and groundbreaking alternative histories like The Days of Rice and Salt have brought Kim Stanley Robinson to the forefront of contemporary science fiction. Mixing subject matter from a dizzying number of fields with his own complex ecological and philosophical concerns, Robinson explores how humanity might pursue utopian social action as a strategy for its own survival.

Robert Markley examines the works of an author engaged with the fundamental question of how we—as individuals, as a civilization, and as a species—might go forward. By building stories on huge time scales, Robinson lays out the scientific and human processes that fuel humanity's struggle toward a more just and environmentally stable world or system of worlds. His works invite readers to contemplate how to achieve, and live in, these numerous possible futures. They also challenge us to see that SF's literary, cultural, and philosophical significance have made it the preeminent literary genre for examining where we stand today in human and planetary history.

Robert Markley is Trowbridge Professor of English at the University of Illinois at Urbana-Champaign. His recent books include The Far East and the English Imagination, 1600-1730 and Dying Planet: Mars in Science and the Imagination.

"Robert Markley’s book makes it clear that there’s much, much, more to Kim Stanley Robinson than the conquest of the high frontier." --Amazing Stories

"Each tale is an attempt to move closer to some idea settling of the issues of eco-economics and cooperative living that the author sees as utopian. In the end, Robinson is both nihilistic and optimist, understanding that utopia, like enlightenment, may be achievable but not sustainable." --SFRevu

"Robert Markley's Kim Stanley Robinson is a wonderfully crafted and targeted introduction to one of the most significant writers in 20th century science fiction." --SFRA Review

"Kim Stanley Robinson crafts scientifically grounded speculative fictions in which the utopian impulse is a matter of thinking deeply about problems that most literary fiction has not yet even bothered to register. Robert Markley has done us readers of KSR an immense service in tracking the evolution of methods and themes across the wounded galaxy of this writer's work. This is the essential guide to the world KSR has made."--McKenzie Wark, author of General Intellects: Twenty-One Thinkers for the Twenty-First Century

"Kim Stanley Robinson's formidable expanse of science fiction leaves many of us wondering where to begin. Begin here. Having studied Kim Stanley Robinson's work for decades, Robert Markley presents a cogent and inviting introduction to one of the most important figures in twentieth century SF. Markley gracefully traces the 'slurry' of Marxism, Buddhism, and ecology running throughout the novels, highlighting the survival strategies Robinson envisions for present and future peoples. For Robinson and for Markley, literature becomes, ideally, a mode of action—as well as an ethical and political intervention for more carefully considered, just, and livable worlds."--Stacy Alaimo, author of Exposed: Environmental Politics and Pleasures in Posthuman Times