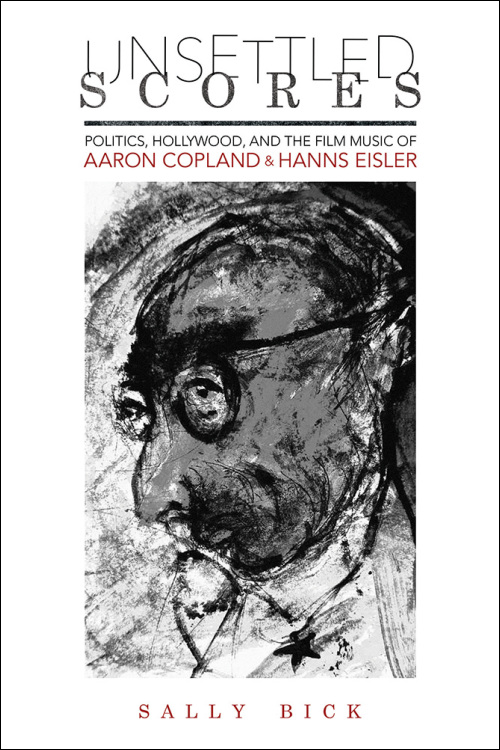 The Hollywood careers of Aaron Copland and Hanns Eisler brought the composers and their high art sensibility into direct conflict with the premier producer of America’s potent mass culture. Drawn by Hollywood’s potential to reach--and edify--the public, Copland and Eisler expertly wove sophisticated musical ideas into Hollywood and, each in his own distinctive way, left an indelible mark on movie history.

Sally Bick’s dual study of Copland and Eisler pairs interpretations of their writings on film composing with a close examination of their first Hollywood projects: Eisler’s score for Hangmen Also Die! and Copland’s music for Of Mice and Men. Bick illuminates the different ways the two composers treated a film score as means of expressing their political ideas on society, capitalism, and the human condition. She also delves into their often conflicted attempts to adapt their music to fit Hollywood’s commercial demands, an enterprise that took place even as they wrote hostile critiques of the film industry.

* Publication of this book was supported in part by a grant from the Henry and Edna Binkele Classical Music Fund.

Sally Bick is an associate professor of music at the University of Windsor.

"Throughout, Bick's focus is narrow and laser sharp. . . . Her scholarly approach is commendable." --Cineaste

"In Unsettled Scores: Politics, Hollywood, and the Film Music of Aaron Copland and Hanns Eisler, Bick convincingly and effectively weaves together each composer's perspective by considering written commentary and aesthetic frameworks regarding the art of filmmaking, Hollywood as an industry, and the function of music in the cinematic experience. . . . Brilliant, nuanced, and continually thought-provoking." --American Music

"Bick's book offers an excellent introduction to the work of both Copland and Eisler on film music beyond their famous typologies, placing both their theoretical and practical work within their wider intellectual and political contexts." --Music and Letters

"Unsettled Scores is a useful and stimulating account of the political tensions within the music industries during this era, as well as the evolving viewpoints and non-conforming, non-standard compositional techniques employed by Eisler and Copland, two extraordinary figures who managed to achieve unusual success both inside and outside of Hollywood." --Journal of the Society for American Music

"Sally Bick has given us a thoughtful, fair-minded, and unfailingly engaging study of radical undercurrents in 1930s and 1940s Hollywood, with an emphasis on two very different composers, Aaron Copland and Hanns Eisler. Bick has the rare ability to write about abstract and technical aspects of music in a manner that will enlighten both scholar and general listener."--Tim Page, winner of the Pulitzer Prize for criticism

Chapter 3: Of Mice and Men