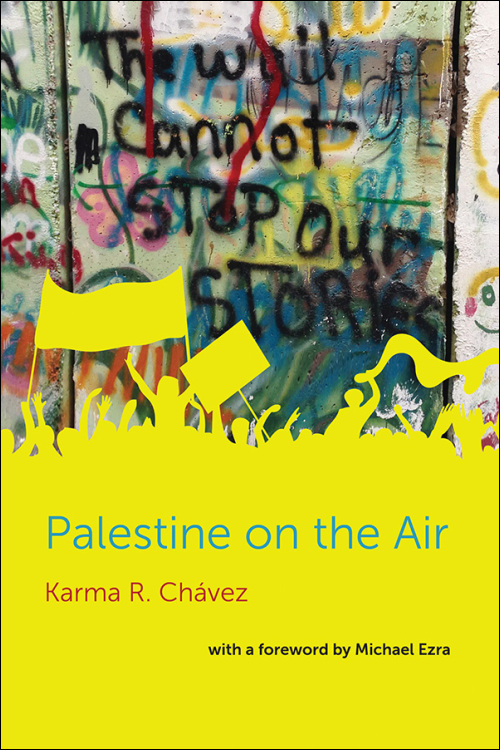 Few doubt the pro-Israel bias of the Western media. It takes the form of overtly supporting Israel's government policies, or of maintaining neutrality or silence on issues of Israeli violence, occupation, and settlement expansion. Scholar and activist Karma R. Chávez collects eleven interviews that allow dissenting voices a forum to provide rarely heard perspectives on the Palestinian struggle for justice, land, and self-determination.

This volume in the Common Threads series is a supplement to the Journal of Civil and Human Rights. The conversations within took place on a radio program Chávez hosted from 2013 to 2016. There, journalists, activists, academic figures, authors, and Palestinian citizens of Israel shared a wide range of thoughts and experiences. Participants covered topics that include everyday life for Palestinians in the West Bank and in Israel; the Boycott, Divestment, Sanctions (BDS) movement that arose in response to Israel's ongoing actions; the Steven Salaita controversy at the University of Illinois; the pro-Palestine social movement on college campuses; Israel's pinkwashing of human rights abuses; the aftermath of the 2014 attack on Gaza; and Chávez's 2015 visit to the West Bank.

Karma R. Chávez is an associate professor in the Department of Mexican American and Latina/o Studies at the University of Texas, Austin. She is the author of Queer Migration Politics: Activist Rhetoric and Coalitional Possibilities and coeditor of Text + Field: Innovations in Rhetorical Method and Standing in the Intersection: Feminist Voices, Feminist Practices in Communication Studies.

"The book is an exercise in pointing out the political bias promoted by Israel and the US, veering away from the neutral stance that is prioritised by the international community in order to focus on specific themes and political discussion. There are possibilities to challenge US influence and support for Israel if efforts to deconstruct oblivion and normalisation are taken seriously." --Middle East Monitor