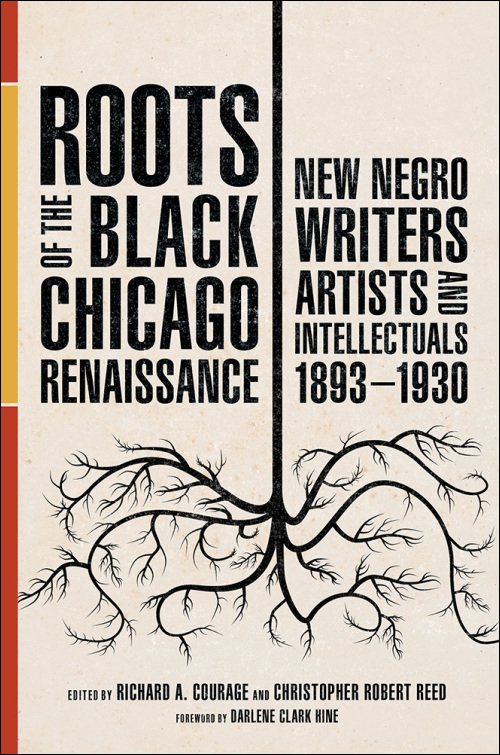 The Black Chicago Renaissance emerged from a foundational stage that stretched from the 1893 World's Columbian Exposition to the start of the Great Depression. During this time, African American innovators working across the landscape of the arts set the stage for an intellectual flowering that redefined black cultural life.

Richard A. Courage and Christopher Robert Reed have brought together essays that explore the intersections in the backgrounds, education, professional affiliations, and public lives and achievements of black writers, journalists, visual artists, dance instructors, and other creators working in the late nineteenth and early twentieth centuries. Organized chronologically, the chapters unearth transformative forces that supported the emergence of individuals and social networks dedicated to work in arts and letters. The result is an illuminating scholarly collaboration that remaps African American intellectual and cultural geography and reframes the concept of urban black renaissance.

* Publication of this book was supported in part by a grant from the Howard D. and Marjorie I. Brooks Fund for Progressive Thought.

Richard A. Courage is a Distinguished Teaching Professor at the State University of New York and a professor of English at Westchester Community College/SUNY. He is the coauthor of The Muse in Bronzeville: African American Creative Expression in Chicago, 1932–1950. Christopher Robert Reed is a professor emeritus of history at Roosevelt University. His books include Knock at the Door of Opportunity: Black Migration to Chicago, 1900–1919 and The Rise of Chicago’s Black Metropolis, 1920–1929.

"Roots of the Black Chicago Renaissance has many pleasures for readers interested in African-American history, art history, Chicago history and, indeed, US history, and one is the opportunity to learn about important but little-known figures from a century and more ago." --Third Coast Review

"What Roots of the Black Chicago Renaissance captures are the ideas, institutions, and individuals that had to come together in a post-Emancipation America and ask, “Where is the race headed?” Regardless of their individual answers, they laid the foundation for Black people in Chicago and abroad to ask the same question of themselves. " --South Side Weekly

"Roots of the Black Chicago Renaissance ultimately presents a rich, varied tapestry for understanding some of the foundational moments of Black Chicago's cultural and literary history. No doubt future studies will continue to build on some of the insights presented by this volume." --Journal of American Ethnic History

"The Black Chicago Renaissance (BCR) remains a relatively understudied moment in 20th-century African American cultural history. . . . An engrossing account of the formative period that led to the BCR of the 1930s and 1940s. . . . A highly informative, albeit imperfect, step toward a fuller reconstruction of the pre-BCR years." --Science and Society

"An important work of intellectual and cultural recovery. It brings to the surface corners of Chicago's vibrant intellectual and cultural life that we have never considered or simply heard about in passing. The archival depth and artistic breadth will powerfully add to a much broader understanding of black cultural renaissance both geographically and conceptually."--Davarian L. Baldwin, author of Chicago’s New Negroes: Modernity, the Great Migration, and Black Urban Life

"This is the book we’ve been waiting for--revelatory at every turn--attesting to the creative ferment of black Chicago in the early years of the twentieth century. Courage, Reed, and an impressive range of contributors give us the vital 'prequel' to the Black Chicago Renaissance, through new stories of writers, artists, dancers, tastemakers, and cultural entrepreneurs who made Chicago a center of the New Negro movement."--Liesl Olson, author of Chicago Renaissance: Literature and Art in the Midwest Metropolis