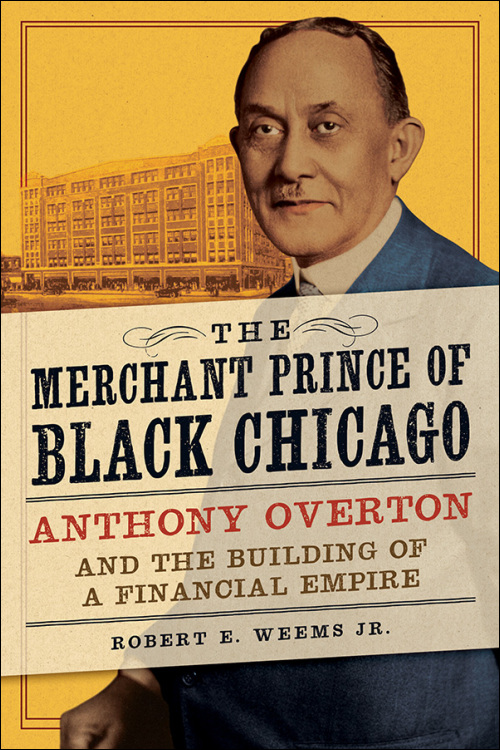 Born to enslaved parents, Anthony Overton became one of the leading African American entrepreneurs of the twentieth century. Overton's Chicago-based empire ranged from personal care products and media properties to insurance and finance. Yet, despite success and acclaim as the first business figure to win the NAACP’s Spingarn Medal, Overton remains an enigma.

Robert E. Weems Jr. restores Overton to his rightful place in American business history. Dispelling stubborn myths, he traces Overton's rise from mentorship by Booker T. Washington, through early failures, to a fateful move to Chicago in 1911. There, Overton started a popular magazine aimed at African American women that helped him dramatically grow his cosmetics firm. Overton went on to become the first African American to head a major business conglomerate, only to lose significant parts of his businesses—and his public persona as "the merchant prince of his race"—in the Depression, before rebounding once again in the early 1940s.

Revealing and panoramic, The Merchant Prince of Black Chicago weaves the fascinating life story of an African American trailblazer through the eventful history of his times.

Robert E. Weems Jr. is the Willard W. Garvey Distinguished Professor of Business History at Wichita State University. His books include Business in Black and White: American Presidents and Black Entrepreneurs in the Twentieth Century and Building the Black Metropolis: African American Entrepreneurship in Chicago.

"Robert E. Weems Jr. recalls the booms and busts of one of the leading African American entrepreneurs of the twentieth century and restores him to his rightful place in American business history." --Publishers Weekly

"Mixes business history with a fascinating profile to tell the story of Anthony Overton." --Chicago Sun-Times

"A richly documented account of the life of Overton and his particular talent in advertising." --South Side Weekly

"Business historian Robert Weems has written what will no doubt be the definitive study/biography of this important American businessman." --Annals of Iowa

"An excellent business study of Anthony Overton . . . Weems skillfully evaluates Overton's neglected career, his diverse holdings, and the importance of his family in overseeing the corporate empire." --Choice

"The Merchant Prince of Black Chicago clears the air around one of Black America's most successful businessmen and his time . . . a fascinating read." --Business History Review

"In The Merchant Prince of Black Chicago: Anthony Overton and the Building of a Financial Empire, historian Robert E. Weems Jr. offers a comprehensive biography of an important Black businessman who has largely faded in public memory. . . . Weems is appropriately critical of Overton throughout. . . . An excellent book that is both rich in historical detail and eminently readable." --Journal of African American History

"Weems has produced a pioneering study of Chicago’s preeminent financial titan of the Black Metropolis Era of the 1920s and beyond. This first full-length, thoroughly documented account of Anthony Overton meticulously details how he amassed a business fortune while building an empire that became a major source of empowerment for women ranging from executive and managerial appointments to essential clerical positions."--Christopher R. Reed, The Rise of Chicago's Black Metropolis, 1920–1929

"Drawing on a wealth of previously unexplored primary sources, Weems's seminal study of the Overton conglomerate makes for a tremendous contribution to the expanding field of African American business history."--Juliet E. K. Walker, author of The History of Black Business in America: Capitalism, Race, Entrepreneurship, Volume 1, to 1865, Second Edition