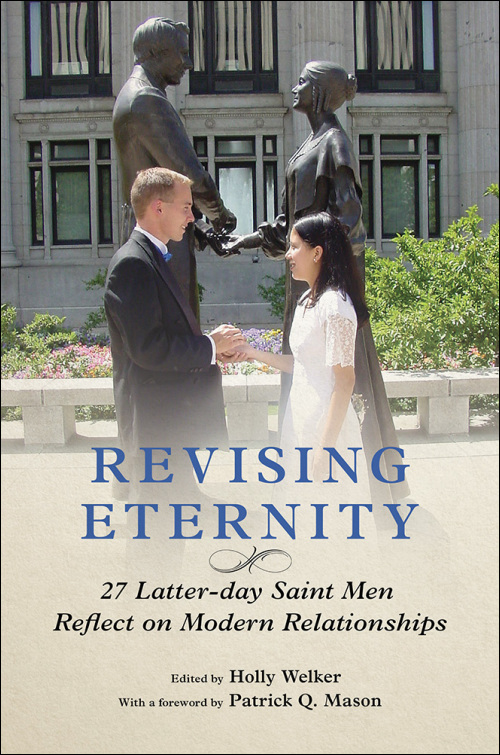 Marriage’s central role in the Church of Jesus Christ of Latter-day Saints distinguishes the faith while simultaneously reflecting widespread American beliefs. But what does Latter-day Saint marriage mean for men? Holly Welker presents a collection of essays exploring this question. The essayists provide insight into challenges involving sexuality, physical and emotional illness, addiction, loss of faith, infidelity, sexual orientation, and other topics. Conversational and heartfelt, the writings reveal the varied experiences of Latter-day Saint marriage against the backdrop of a society transformed by everything from economic issues affecting marriage to evolving ideas about gender.

An insightful exploration of the gap between human realities and engrained ideals, Revising Eternity sheds light on how Latter-day Saint men view and experience marriage today.

Holly Welker is an award-winning poet and essayist and the editor of Baring Witness: 36 Mormon Women Talk Candidly about Love, Sex, and Marriage. Her work has appeared in dozens of publications, including Best American Essays, the Iowa Review, Slate, and the New York Times.

"Revising Eternity indeed revises any misguided notions we might have of uniformity in the Latter-day Saint experience, boldly and candidly opening to view the sometimes intense, sometimes joyous, sometimes sorrowful lives of a wide variety of writers, and with its myriad perspectives the book invites us to more deeply know and thus achieve greater empathy with one another."--Patrick Madden, author of Disparates: Essays

"This is a fascinating compilation, detailing as it does what happens when an exigent definition of righteousness and propriety meets the reality of human nature--a work at once sad, sobering, heartening, and above all enlightening. Highly recommended."--Levi S. Peterson, author of A Rascal by Nature, a Christian by Yearning: A Mormon Autobiography