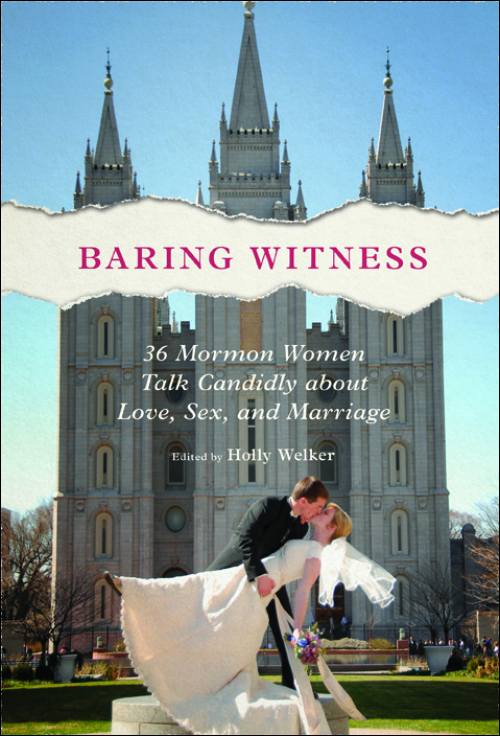 In Baring Witness, Holly Welker and thirty-six Mormon women write about devotion and love and luck, about the wonder of discovery, and about the journeys, both thorny and magical, to humor, grace, and contentment. They speak to a diversity of life experiences: what happens when one partner rejects Church teachings; marrying outside one's faith; the pain of divorce and widowhood; the horrors of spousal abuse; the hard journey from visions of an idealized marriage to the everyday truth; sexuality within Mormon marriage; how the pressure to find a husband shapes young women's actions and sense of self; and the ways Mormon belief and culture can influence second marriages and same-sex unions. The result is an unflinching look at the earthly realities of an institution central to Mormon life.

Holly Welker is an award-winning poet and essayist living in Arizona. Her work has appeared in the New York Times, Dialogue: A Journal of Mormon Thought, Best American Essays, and other publications.

"The stories are fresh, raw, filled with riveting, sometimes shocking details — and impossible to predict the end from the beginning. They are both universal and uniquely LDS.”—The Salt Lake Tribune, Peggy Fletcher Stack

"Reading this collection of intimate, intelligent, and terribly interesting essays is an exercise in empathy that truly ought to be considered required reading to the 21st century Latter-day Saint seeking to truly mourn with those that mourn, and comfort those that stand in need of comfort. Baring Witness broadcasts voices of Mormon women that are all too often quietly dismissed in the broader aspects of our culture. In the end, these stories consist of sacred narratives—not so much a record of God’s dealing with people but of people’s dealing with God."--Association for Mormon Letters

"If you enjoy reading stories about LDS women, about both the hard times and the good times, this book is definitely for you." --Exponent

"Illuminating and heartfelt, frequently moving and sometimes hilarious, these essays explore moments of failure and fulfilment, laying bare the all too often unspoken confinements, complications and comforts of love, sex, and marriage."--Carys Bray, author of A Song for Issy Bradley

"One need not be Mormon to savor this collection of bold and varied essays about the joys and conflicts, the highs and lows, the complexities and contradictions of being a smart Mormon woman today. Beautifully written and impeccably edited, Baring Witness provides not just a wealth of information and experience, but also a truly great read."—Cathi Hanauer, author of Gone and editor of The Bitch Is Back