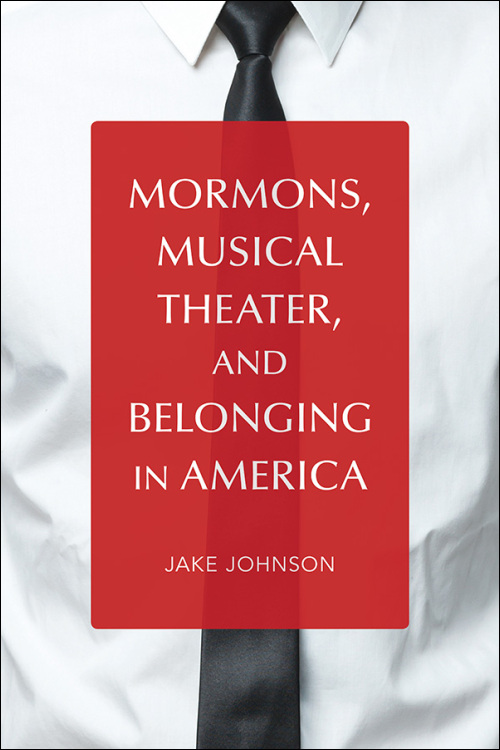 The Church of Jesus Christ of Latter-day Saints adopted the vocal and theatrical traditions of American musical theater as important theological tenets. As church membership grew, leaders saw how the genre could help define the faith and wove musical theater into many aspects of Mormon life.

Jake Johnson merges the study of belonging in America with scholarship on voice and popular music to explore the surprising yet profound link between two quintessentially American institutions. Throughout the twentieth and twenty-first centuries, Mormons gravitated toward musicals as a common platform for transmitting political and theological ideas. Johnson sees Mormons using musical theater as a medium for theology of voice—a religious practice that suggests how vicariously voicing another person can bring one closer to godliness. This sounding, Johnson suggests, created new opportunities for living. Voice and the musical theater tradition provided a site for Mormons to negotiate their way into middle-class respectability. At the same time, musical theater became a unique expressive tool of Mormon culture.

* Publication of this book was supported by a grant from the AMS 75 PAYS Endowment of the American Musicological Society, funded in part by the National Endowment for the Humanities and the Andrew W. Mellon Foundation.

Jake Johnson is an assistant professor of musicology in the Wanda L. Bass School of Music at Oklahoma City University.

"This book adds to our understanding of the broad question that so many Mormon scholars have grappled with: the relationship between the faith and the nation. It extends the study of the faith into the critical arena of popular expression, and it helps us think more thoroughly about the place of Mormonism in modern American life." --Juvenile Instructor

"Jake Johnson meaningfully explores many of the big issues and events in Mormonism. . . .Moreover, he does so with a novel approach few blog posts and podcasts do. If you think you can benefit from a fresh look at the history of Mormonism, and I submit most of us would, Mormons, Musical Theater, and Belonging in American is a great opportunity." --Wheat Tares

"Johnson's work is truly interdisciplinary. . . . on almost every page, the reader is introduced to something surprising and provocative. Mormons, Musical Theater, and Belonging in America is a welcome addition to the growing field of American religious performance studies." --BYU Studies Quarterly

"In this book about voice and religion, Johnson successfully carves out a place for his own powerful and well-researched voice." --Mormon Studies Review

"Constructing a formidable thesis drawing on history, theology, anthropology, musicology, theatre, performance, and cultural theory, Johnson has produced a captivating read with a skillfully crafted set of arguments to elucidate this inimitably American religion. . . . This is a captivating and scholarly read that helps unravel this complex religion for specialist and non-academic audiences alike." --Journal of Religion and Popular Culture

"Johnson's book provides a look at a community with a very distinct and resilient common identity, at the ways in which that common identity emerged musically from the nineteenth century, and at the ways in which the special embodiment of theatrical and musical performance has shaped individuals into concert with that identity. . . . For late nineteenth and twentieth-century history of musical theatre, Johnson offers a valuable text." --Theatre Journal

"Through careful historiography and close attention to sound, Johnson expertly maps the intersections of voice studies, Mormon doctrine, race and religion, and the worlds of American musical theater. Mormons, Musical Theater, and Belonging in America convinces us that theology, theatricality, nationality, and vocality are entwined in Mormonism and extend in fascinating ways into American popular culture."--Jeffers Engelhardt, author of Singing the Right Way: Orthodox Christians and Secular Enchantment in Estonia

"Mormon theatre has been studied before, whether as Victorian vignette or parochial propaganda. But here Jake Johnson illuminates theatricality in religion itself, with Mormonism as his focus. I encountered surprises throughout, the kind that stay with you like corrective lenses."--Michael Hicks, author of The Mormon Tabernacle Choir: A Biography