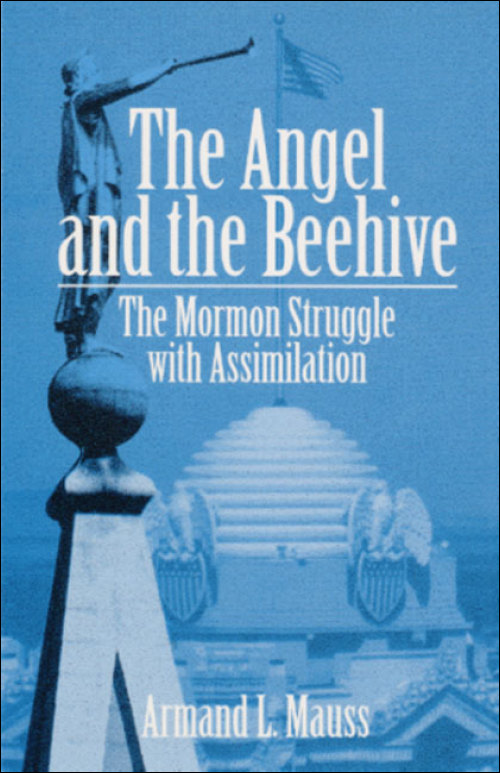 The Angel and the Beehive

"The past few decades have witnessed an increasing reaction of the Mormons against their own successful assimilation," Armand Mauss writes in The Angel and the Beehive, "as though trying to recover some of the cultural tension and special identity associated with their earlier 'sect-like' history."

This retrenchment among Mormons is the main theme of Mauss's book, which analyzes the last forty years of Mormon history from a sociological perspective. At the official ecclesiastical level, Mauss finds, the retrenchment can be seen in the greatly increased centralization of bureaucratic control and in renewed emphases on obedience to modern prophets, on genealogy and vicarious temple work, and on traditional family life; retrenchment is also apparent in extensive formal religious indoctrination by full-time professionals and in increased sophistication and intensity of proselytizing.

Winner of the Chipman Best Book Award from the Mormon History Association, 1995.