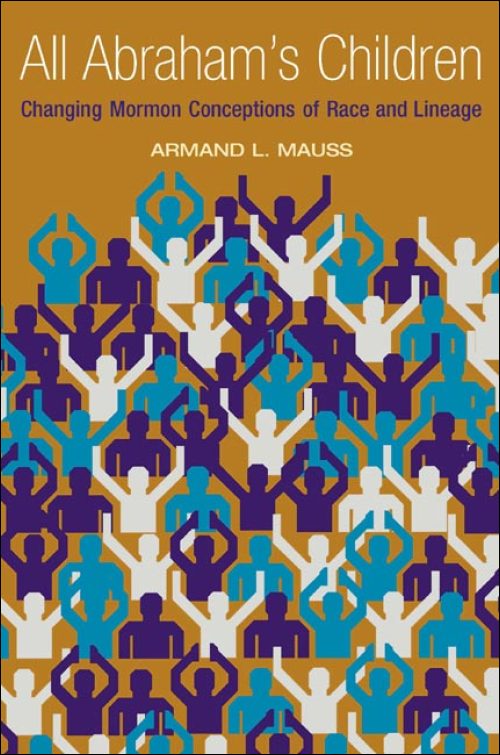 All Abraham’s Children is Armand L. Mauss’s long-awaited magnum opus on the evolution of traditional Mormon beliefs and practices concerning minorities. He examines how members of the Church of Jesus Christ of Latter-day Saints have defined themselves and others in terms of racial lineages.

Mauss describes a complex process of the broadening of these self-defined lineages during the last part of the twentieth century as the modern Mormon church continued its world-wide expansion through massive missionary work.

Mauss contends that Mormon constructions of racial identity have not necessarily affected actual behavior negatively and that in some cases Mormons have shown greater tolerance than other groups in the American mainstream.

Employing a broad intellectual historical analysis to identify shifts in LDS behavior over time, All Abraham’s Children is an important commentary on current models of Mormon historiography.

Armand L. Mauss, a professor emeritus of sociology and religious studies at Washington State University, is the author of The Angel and the Beehive: The Mormon Struggle with Assimilation, and Social Problems as Social Movements, and the coeditor of Neither White nor Black: Mormon Scholars Confront the Race Issue in a Universal Church.

“This exceptionally well-articulated book is an important work on Mormon race relations and a significant statement of Mormon intellectual and cultural history.”--Ronald W. Walker, author of Wayward Saints: The Godbeites and Brigham Young and coauthor of Mormon History

“All Abraham’s Children affords a highly engrossing and superbly researched account of changing Mormon relations with minorities from the time of the religion’s founding to the present. I expect it to become a classic.”--Charles Y. Glock, coauthor of Christian Beliefs and Anti-Semitism and The Anatomy of Racial Attitudes

Winner of the Best Book Award from the Mormon History Association, 2004.