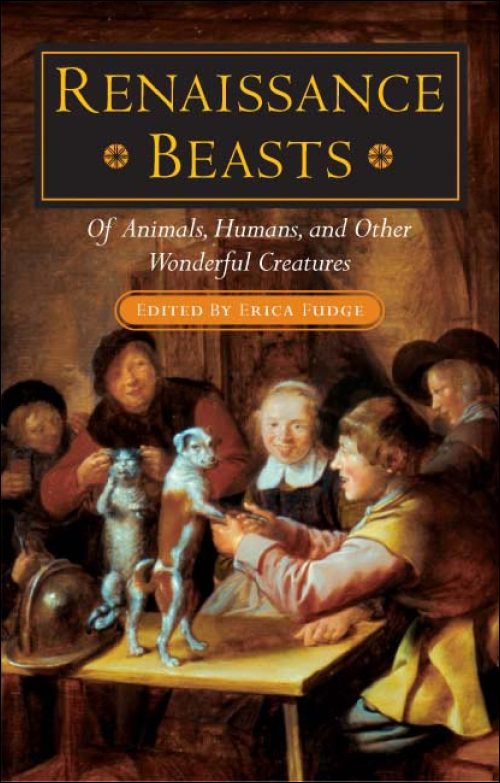 Animals, as Lévi-Strauss wrote, are good to think with. This collection addresses and reassesses the variety of ways in which animals were used and thought about in Renaissance culture, challenging contemporary as well as historic views of the boundaries and hierarchies humans presume the natural world to contain.

Taking as its starting point the popularity of speaking animals in sixteenth-century literature and ending with the decline of the imperial Ménagerie during the French Revolution, Renaissance Beasts uses the lens of human-animal relationships to view issues as diverse as human status and power, diet, civilization and the political life, religion and anthropocentrism, spectacle and entertainment, language, science and skepticism, and domestic and courtly cultures.

Within these pages scholars from a variety of disciplines discuss numerous kinds of texts--literary, dramatic, philosophical, religious, political--by writers including Calvin, Montaigne, Sidney, Shakespeare, Descartes, Boyle, and Locke. Through analysis of these and other writers, Renaissance Beasts uncovers new and arresting interpretations of Renaissance culture and the broader social assumptions glimpsed through views on matters such as pet ownership and meat consumption.

Renaissance Beasts is certainly about animals, but of the many species discussed, it is ultimately humankind that comes under the greatest scrutiny.

"This stimulating work explores the boundaries between the species in a way that moves well beyond even the most innovative of studies. There is simply no book like it."--Patricia Parker, author of Shakespeare from the Margins: Language, Culture, Context