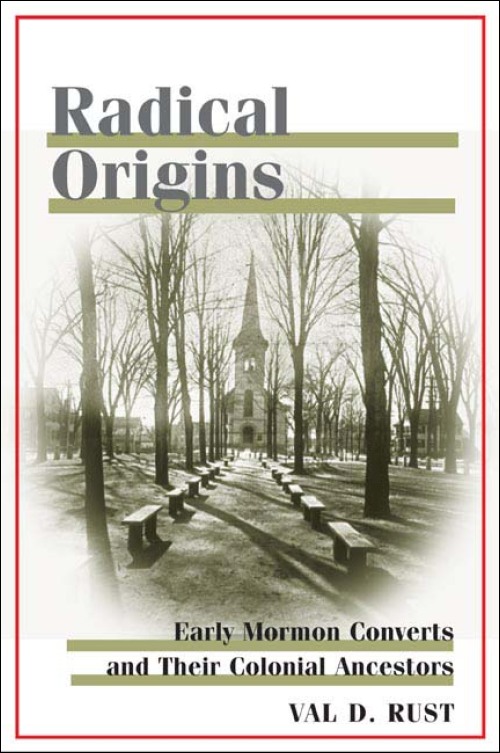 Utilizing a unique set of meticulously compiled genealogical data, Rust uncovers the ancestors of early church members throughout what we understand as the radical segment of the Protestant Reformation. Coming from backgrounds in the Antinomians, Seekers, Anabaptists, Quakers, and the Family of Love, many colonial ancestors of the church(s early members had been ostracized from their communities. Expelled from the Massachusetts Bay Colony, some were whipped, mutilated, or even hanged for their beliefs.

Rust shows how family traditions can be passed down through the generations, and can ultimately shape the outlook of future generations. This, he argues, extends the historical role of Mormons by giving their early story significant implications for understanding the larger context of American colonial history. Featuring a provocative thesis and stunning original research, Radical Origins is a remarkable contribution to our understanding of religion in the development of American culture and the field of Mormon history.

Val D. Rust is a professor of education at the University of California, Los Angeles, and the author of Toward Education for the Twenty-first Century.

"Rust has succeeded in raising some very interesting questions that deserve our attention and provide the basis for what is likely to be a long, interesting, and productive discussion."--Jenny Hale Pulsipher, BYU Studies