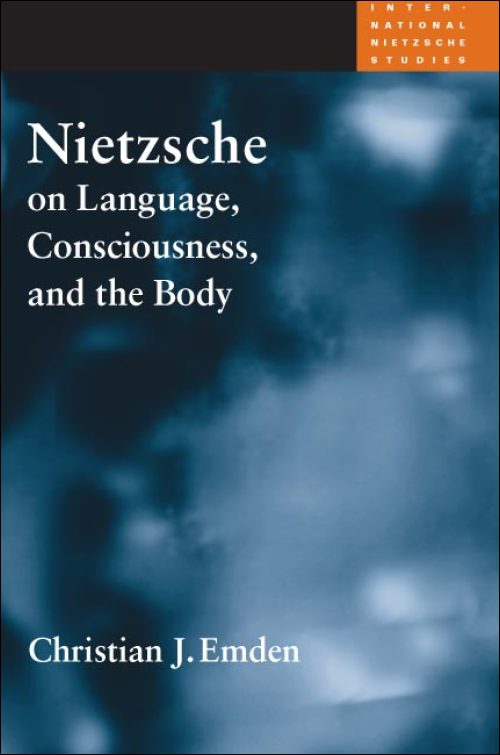 Nietzsche on Language, Consciousness, and the Body

Nietzsche and the philosopy of language have been a well trafficked crossroads for a generation, but almost always as a checkpoint for post-modernism and its critics. This work takes a historical approach to Nietzsche’s work on language, connecting it to his predecessors and contemporaries rather than his successors. Though Nietzsche invited identification with Zarathustra, the solitary wanderer ahead of his time, for most of his career he directly engaged the intellectual currents and scientific debates of his time.

Emden situates Nietzsche’s writings on language and rhetoric within their wider historical context. He demonstrates that Nietzsche is not as radical in his thinking as has been often supposed, and that a number of problems with Nietzsche disappear when Nietzsche’s works are compared to works on the same subjects by writers of the 18th and 19th centuries. Further, the relevance of rhetoric and the history of rhetoric to philosophy and the history of philosophy is reasserted, in consonance with Nietzsche’s own statements and practices. Important in this regard are the role of fictions, descriptions, and metaphor.

Christian J. Emden is an assistant professor of German studies at Rice University.

"Makes a substantial contribution to our understanding of Friedrich Nietzsche's thought."--The Journal of Nietzsche Studies