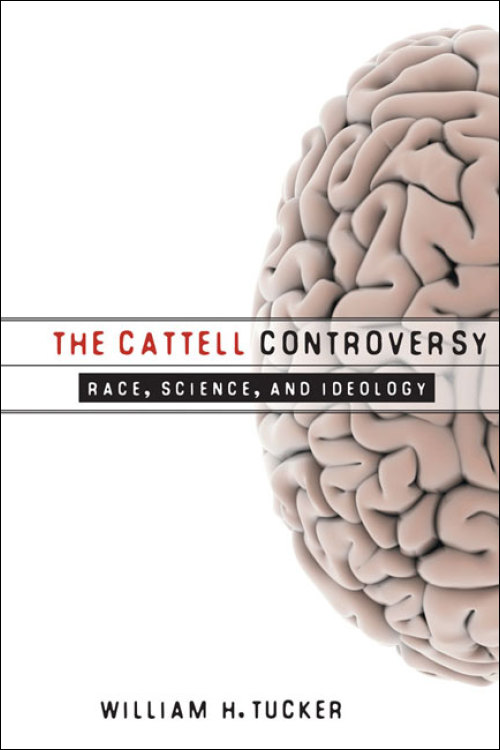 Raymond Cattell, the father of personality trait measurement, was one of the most influential psychologists in the twentieth century, the author of fifty-six books, more than five hundred journal articles and book chapters, and some thirty standardized instruments for assessing personality and intelligence in a professional career that spanned almost seventy years. In August 1997, the American Psychological Association announced that Cattell had been selected the recipient of the American Psychological Foundation Gold Medal Award for Life Achievement in Psychological Science. Then, only two days before the scheduled ceremony, the APF abruptly postponed the presentation of the award due to concerns involving Cattell's views on racial segregation and eugenics.

In addition to his mainstream research, Cattell had also authored a series of publications that posited evolutionary progress as the ultimate goal of human existence and argued that scientifically measurable criteria should be used to distinguish "successful" from "failing" racial groups so that the latter might be gradually "phased out" by non-violent methods such as regulation of birth control. Derived from science, Cattell's evolutionary philosophy was intended to be the basis of a full-blown religion. Although the earliest of these works had been published in the 1930s, near the end of an era in which eugenically based policies for human improvement were much more acceptable, Cattell promoted similar ideas well into the 1980s and '90s.

The Cattell Controversy describes Cattell's socio-religious beliefs in detail and analyzes their relationship to his scientific contributions. William H. Tucker discusses the controversy that arose within the field in response to the award's postponement, after which Cattell withdrew his name from consideration for the award but insisted that his position had been distorted by taking statements out of context. Reflecting on these events, Tucker concludes with a discussion of the complex question of whether and how a scientist's ideological views should ever be a relevant factor in determining the value of his or her contributions to the field.

William H. Tucker is a professor of psychology at Rutgers University-Camden and the author of The Science and Politics of Racial Research and The Funding of Scientific Racism: Wickliffe Draper and the Pioneer Fund.

“Clearly and meticulously documents Cattell’s segregationist views. . . . Tucker grapples with issues of the relationship between science and political ideology, and the ethical obligations of scientists to the uses of their work. Highly recommended.”--Choice

“A thought provoking and systematically laid out argument. . . . Recommended reading to anyone with an interest in the history of the relationship between scientific methods, Western politics and culture.”--Leonardo On-Line

"A masterful contextualization of the life of a major contributor to psychology whose work spanned a dramatic era of growth in experimental psychology."--Journal of the History of Medicine

"In analyzing one of the most important controversies in contemporary psychology, Tucker explores a number of important moral issues and shows himself to be a master of ethics as well as history, making judgments only after a meticulous examination of all sides of the issue. This illuminating work is a major contribution to our understanding of one of the major figures in twentieth century psychology."--Barry Mehler, founder and executive director of the Institute for the Study of Academic Racism

"With the meticulous research that also characterized his previous work, William H. Tucker has carefully dissected and discredited the claim that the scientific and moral/political projects of psychologist Raymond B. Cattell belonged to separate spheres. Cattell's own words, presented in context by Tucker, show just how important race and eugenics were to Cattell, not just before World War II, but throughout his long career. The lucid, critical account of Cattell's factor analytic work on personality and the detailed context of postwar scientific racism make this an important work for understanding the interplay of science and ideology."--Andrew S. Winston, editor of Defining Difference: Race and Racism in the History of Psychology