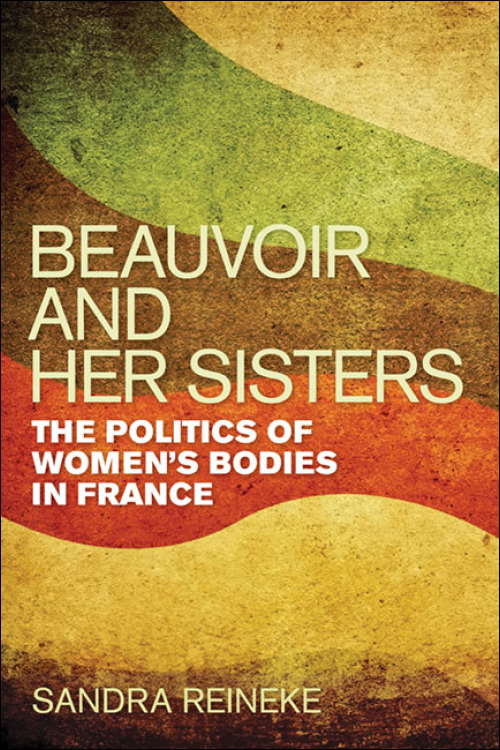 Beauvoir and Her Sisters investigates how women's experiences, as represented in print culture, led to a political identity of an "imagined sisterhood" through which political activism developed and thrived in postwar France. Through the lens of women's political and popular writings, Sandra Reineke presents a unique interpretation of feminist and intellectual discourse on citizenship, identity, and reproductive rights.

Drawing on feminist writings by Simone de Beauvoir, feminist reviews from the women's liberation movement, and cultural reproductions from French women's fashion and beauty magazines, Reineke illustrates how print media created new spaces for political and social ideas. This sustained study extends from 1944, when women received the right to vote in France, to 1993, when the French government outlawed anti-abortion activities. Touching on the relationship between consumer culture and feminist practice, Reineke's analysis of a selection of women's writings underlines how these texts challenged traditional gender models and ideals.

In revealing that women collectively used texts to challenge the state to redress its abortion laws, Reineke renders the act of writing as a form of political action and highlights the act of reading as an essential but often overlooked space in which marginalized women could exercise dissent and create solidarity.

Sandra Reineke is an associate professor of political science and women’s and gender studies at the University of Idaho.

"Reineke has brought to the table an interesting concept--the creation of imagined sisterhoods born out of a variety of women's writing."--H-Net Review

"An original, well written, and important book. Sandra Reineke smoothly incorporates the work of Simone de Beauvoir and others into the context of the times and displays how their writings, including novels and other works of fiction, helped shape a discourse and consciousness around women's bodily agency, the corporeality and utilitarian basis of women's rights, and the bravery yet ambiguity of many women's print outlets."--Laura R. Woliver, author of The Political Geographies of Pregnancy