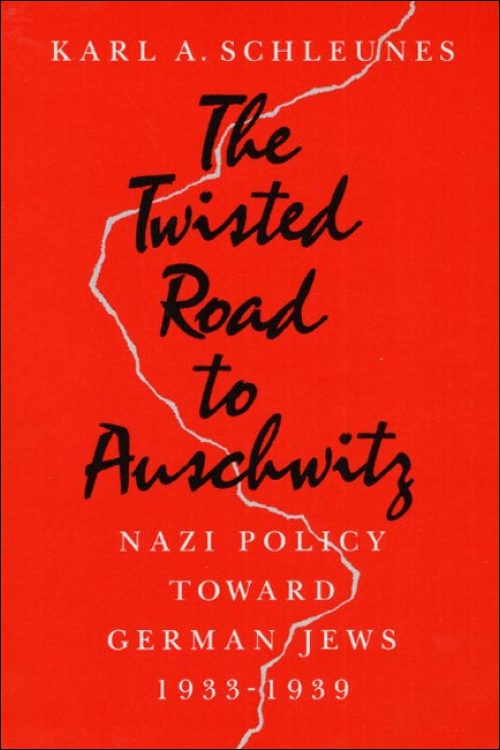 "There is no single phenomenon in our time so important for us to understand as the one which identified itself in Germany during the 1920's, 30's and 40's as National Socialism. By the time this movement was swept from the stage it had destroyed the lives of at least thirty million and perhaps as many as forty million people. . . . The realization that some men will construct a factory in which to kill other men raises the gravest questions about man himself. We have entered an age which we cannot avoid labeling ‘After Auschwitz.' If we are to begin to understand ourselves we must somehow come to to grips with the reality of Auschwitz. The study which follows is an attempt to come to grips with a part of that reality. . . . an examination of the period which immediately precedes Auschwitz, the period from 1933, when Hitler came to power, until late 1938 and early 1939, when the machinery which eventually administered a Final Solution was established."--From the introduction

Karl A. Schleunes is a retired member of the history department at the University of North Carolina at Greensboro. He is the author of Schooling and Society: The Politics of Education in Prussia and Bavaria, 1750–1900. Hans Mommsen was a professor emeritus of modern history at Ruhr University Bochum. His books include The Realisation of the Unthinkable and The Nazi Regime and the Annihilation of the Jews in Europe. He died in 2015.

"A useful addition to the literature on Nazi Germany. In tracing the meanderings and contradictory path of the Nazi's Jewish policy, the author has helped to clarify further the background of later exterminations, and, at least indirectly, provided yet additional evidence that the Third Reich was neither monolithic, nor efficient."--Dietrich Orlow, Journal of Modern History

"The 1970 publication of Karl Schleunes's The Twisted Road to Auschwitz was a landmark in Holocaust historiography. His interpretation of the Final Solution as a product of unplanned evolution rather than premeditated 'grand design' triggered a debate that has energized Holocaust scholarship over the past two decades. The reissue in paperback of this true classic is a most welcome event to anyone teaching or studying the Holocaust."--Christopher Browning, author of Ordinary Men: Reserve Police Battalion 101 and the Final Solution in Poland

"In his classic study, Schleunes meticulously examines the incremental erosion of Jewish Germans' status in Nazi Germany before the deportations began. If we look here for parallels in other national settings, this is where we must begin: in a state that made anti-Semitism appear 'legal' and even 'just' to ordinary Germans. Integrating Nazi persecution and Jewish responses, Schleunes captures the reader in a web of paradox, contradiction, and tragedy."--Claudia Koonz, author of Mothers in the Fatherland: Women, the Family, and Nazi Politics