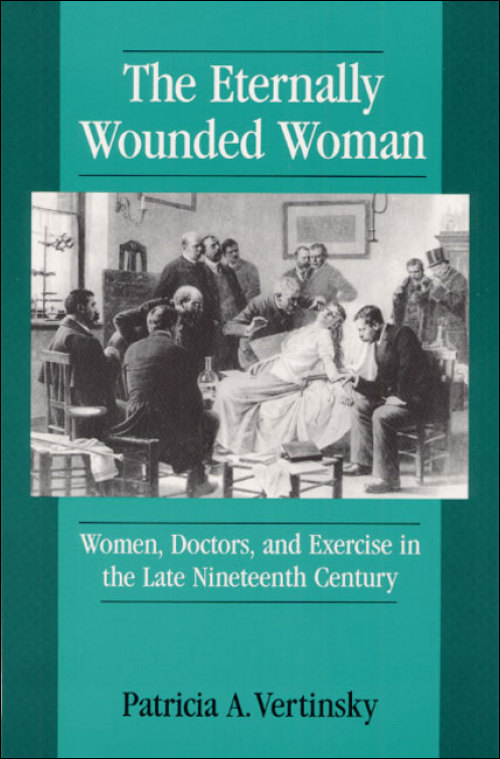 Late nineteenth-century medical beliefs and values had a lasting influence on the perceived benefits of physical activity for women. Scientific knowledge, medical practice, and social perception interacted to shape views concerning what kinds of amounts of physical activity, including sport and healthful exercise, might be most appropriate for girls and women at different points in their life course. The Eternally Wounded Woman argues we must review thinking in the field of sociohistorical analysis regarding attitudes toward the female body and attempts to regulate female physical activity. As Patricia A. Vertinsky shows, such analyses may generate new insights into the questions of both social control and the unevenness of progress in women's real or perceived opportunities for participating freely and fully in sports and exercise.

Patricia A. Vertinsky is a professor of kinesiology at the University of British Columbia.

"Vertinsky shows how pervasive was the notion that the male is the standard, the normal, and the female, deviant or inadequate. She is convincing when she musters the evidence, using exercise as her focus, to debunk the idea of the ‘eternally wounded female' who cannot measure up to men."--Victorian Review

"Shows convincingly that middle-class women in the late nineteenth century were seriously inhibited by medical ideologies and that those [ideologies] pertaining to exercise for females actually became powerful forms of social control over women's lives. An excellent piece of historical research."--British Medical Journal

"An important addition to the rapidly expanding history of middle-class women. The arguments are balanced, reasoned, and free of the diatribes that sometimes attend this subject."--Social History of Medicine