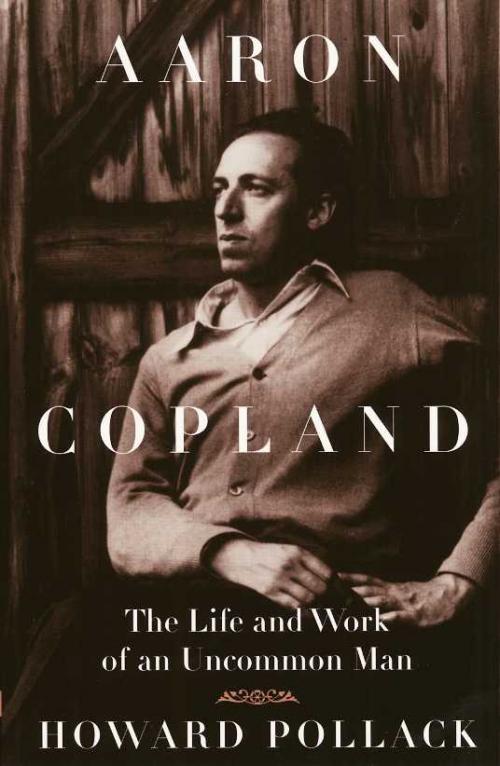 One of America's most beloved and accomplished composers, Aaron Copland played a crucial role in American music's coming of age. Indeed, Copland masterworks like Appalachian Spring and A Lincoln Portrait only begin to tell the epic story of a career spent composing a wealth of music for opera, ballet, chorus, orchestra, chamber ensemble, band, radio, and film.

Howard Pollack's expansive biography examines Copland's long list of accomplishments while also telling the story of the composer's musical development, political sympathies, personal life, relationships as an openly gay man, and tireless encouragement of younger composers. A winner of the Pulitzer Prize and an Academy Award, Copland played a vital role in the Yaddo Festival and as a beloved teacher at Tanglewood, Harvard, and the New School for Social Research. He turned to conducting later in life and via tours promoted American classical music overseas while taking it to appreciative audiences across the United States.

Howard Pollack is John and Rebecca Moores Professor of Music at the University of Houston. His books include George Gershwin: His Life and Work and The Ballad of John Latouche: An American Lyricist’s Life and Work.

"Now is the time for a comprehensive, insightful biography of Aaron Copland, and Howard Pollack has answered the call. . . . This is a professional, open-minded, and understanding look at a composer and a man who epitomized those qualities himself. . . . A book as sober, respectful, and finely nuanced as this is just what [Copland's] legacy deserves."--John Rockwell, New York Times Book Review

"Taut and clear. . . . Not only a success in its own right, but a valuable model of what biography can and probably should be."--Kirkus Reviews