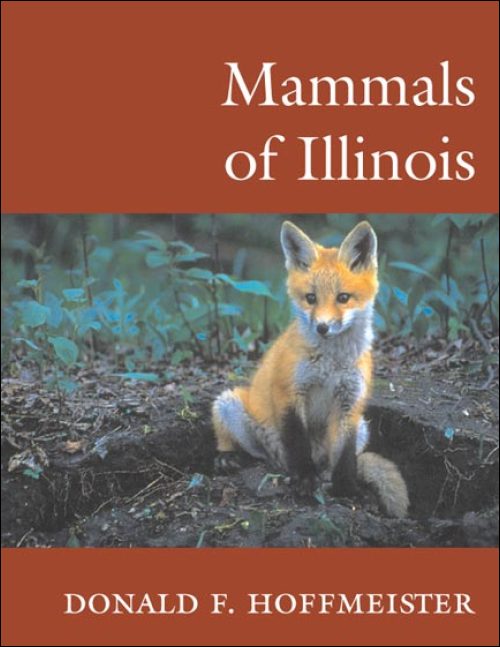 Donald F. Hoffmeister's authoritative guide provides a detailed profile of all the state's mammals, past and present--from the elephant-sized mastodons that roamed the region during the Ice Age and the black bears and bobcats that early Illinois settlers encountered, to the plethora of creatures that now live on the state's prairies, woodlands, and hills.

Outlining how human activities such as hunting and farming have altered the state's terrain and affected numerous species, Hoffmeister discusses which species have been wiped out, which are endangered or threatened, which no longer live in Illinois but survive elsewhere, and which might inhabit the region in the future.

In this comprehensive study, now available for the first time in paperback, Hoffmeister briefly characterizes the climate, soils, and vegetation of Illinois, particularly as they affect mammals. In addition to detailing mammals known to be present in the area during the Pleistocene and Holocene eras, Hoffmeister identifies each order and family of mammals present in Illinois since 1900. Within each family, each species is characterized by habit, habitat, food, reproduction, population, and variation. These entries are supplemented by tables, anatomical drawings, photographs, and Illinois and United States distribution maps.

Enhanced by sixty color photographs, more than one hundred line drawings, and a glossary of scientific terms, Mammals of Illinois is an indispensable resource for students, teachers, biologists, and nature enthusiasts.

"An encyclopedic compilation of everything in the world that is known about the furry creatures of the Prairie State."–- Chicago Reader

"Don Hoffmeister knows more about the mammals of Illinois than any other person, past or present, and his personal observations are treasures to be enjoyed by future generations."–- J. R. Choate, coauthor of Guide to Mammals of the Plains States