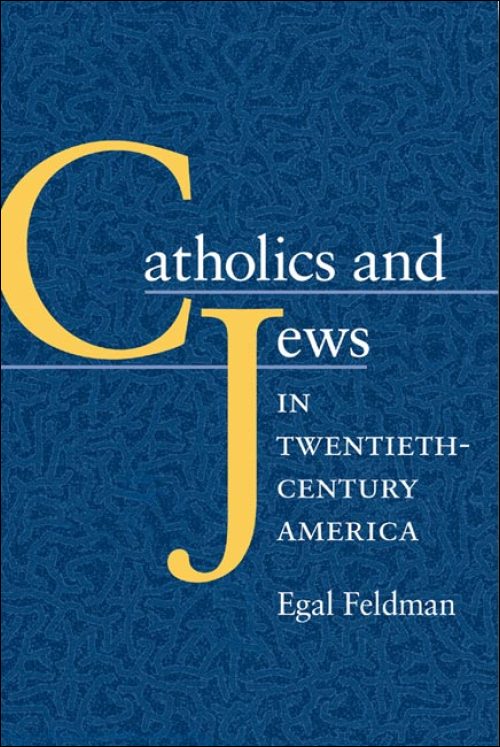 Rich with the insights of prominent Catholic and Jewish commentators and religious leaders, Catholics and Jews in Twentieth-Century America recounts the amazing transformation of a relationship of irreconcilable enmity to one of respectful coexistence and constructive dialogue.

Focusing primarily on the Catholic doctrinal view of the Jews and its ramifications, Egal Feldman traces the historicalroots of anti-Semitism, examining tenacious Catholic beliefsincluding the idea that the Jews lost their place as the chosen people with the coming of Christianity, deicide, and the conviction that their purported responsibility for the Crucifixion justified subsequent Jewish misery.

A new era of Catholic-Jewish relations opened in 1962 with Vatican II’s Declaration on the Jews, reversing the theology of contempt. Feldman explores the strides made in improving relations, such as the Vatican’s diplomatic recognition of the Jewish state, as well as a number of recent issues.

The late Egal Feldman was the professor emeritus of history at the University of Wisconsin at Superior, and the author of The Dreyfus Affair and the American Conscience, 1895-1906 and other books.

“[Feldman] takes up the American Jewish-Catholic relationship and its remarkable development over the course of the twentieth century. In doing so he has given a precious gift to both communities. . . . I would commend him for his balance and sure-footedness while narrating a number of extremely complex and sensitive issues and incidents. I can highly recommend this book.”--Moment