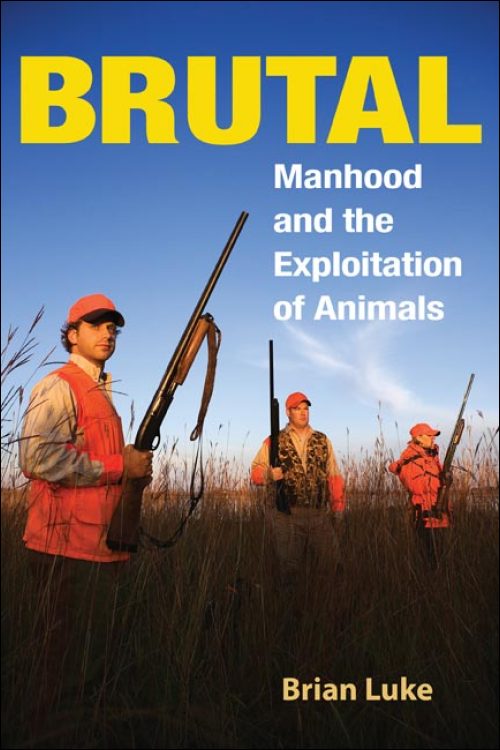 In Brutal, Brian Luke explores the gender divide over our treatment of animals, exposing the central role of masculinity in systems of animal exploitation. Employing philosophical analysis, reference to empirical research, and activist experience, Luke develops a new theory of how exploitative institutions do not promote human flourishing but merely support a particular construction of manhood. The resulting study is the first integrated theory of manhood's relationship to hunting, animal experimentation, and animal sacrifice, and is of significant interest both to animal advocates and opponents of sexism.

Formerly an assistant professor of philosophy at the University of Dayton, Brian Luke is currently a student at Trinity Lutheran Seminary in Columbus, Ohio.

"Luke's analysis of the gendered dimension of the animal rights debate will become an indispensable component of future discussions about animal liberation. Recommended."--Choice

"Fascinating. . . . Luke makes a compelling case that constructions of manhood are deeply connected with the exploitation of animals."--Left History

“This original and cutting-edge work challenges myths and misconceptions that are used to legitimate human, particularly male, exploitation of other animals. Luke supplements his arguments against notions of human superiority, natural species boundaries, and the naturalness of male predation with original insights that expose the shallowness of traditional speciesist thought. He then goes where few writers have gone before when he examines the eroticized nature ofmen’s exploitation of other animals.”--David Nibert, author of Animal Rights/Human Rights: Entanglements of Oppression and Liberation

"Brutal vividly illustrates the relationship between hunting and phallocentric eroticism as it highlights the relationship between gender domination and animal liberation. Luke provides a detailed exploration of the issues of animal suffering, gender domination, sexual domination, and diet, which will appeal to those interested in feminist studies, animal rights, and the animal liberation movement."--Rosemary Radford Ruether, author of Women and Redemption: A Theological History