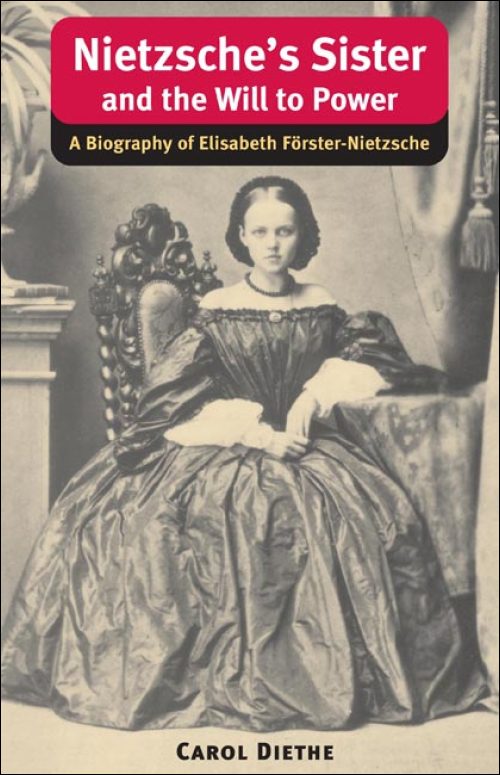 A year after her brother Friedrich's death, Elisabeth Förster-Nietzsche published The Will to Power, a hasty compilation of writings the philosopher had never intended for print. Carol Diethe examines how Förster-Nietzsche's own will to power and her desire to supplant her brother at the center of German cultural life played a central role in forming Nietzsche's reputation as a belligerent and proto-Fascist thinker.

As Diethe shows, Förster-Nietzsche consorted with antisemites--ranging from her own husband to Hitler--out of convenience but also a desire for revenge against a brother whose love for her waned after she caused the collapse of his friendship with Lou Salomé. In addition, Diethe delves into their family dynamics, Nietzsche's dismissal of his sister's early writing career, and the effects of limited education on intelligent women. She also details Förster-Nietzsche's brief marriage and subsequent colonial venture in Paraguay, maintaining that Elisabeth’s sporadic antisemitism was, like most things in her life, an expedient tool for cultivating personal success and status.

Carol Diethe is a former lecturer and research fellow at Middlesex University in London and a founder of the British Friedrich Nietzsche Foundation. She is the author of Nietzsche’s Women: Beyond the Whip, Historical Dictionary of Nietzscheanism, and other books.

“A pleasure to read. Diethe corrects the superficiality that has characterized prior treatment of Elisabeth Förster-Nietzsche, offering a nuanced explanation of her perspective and motivations and in turn illuminating hitherto under-examined aspects of the life, work, and psychology of Nietzsche himself.”--Kathleen Higgins, author of Comic Relief, Nietzsche’s Gay Science