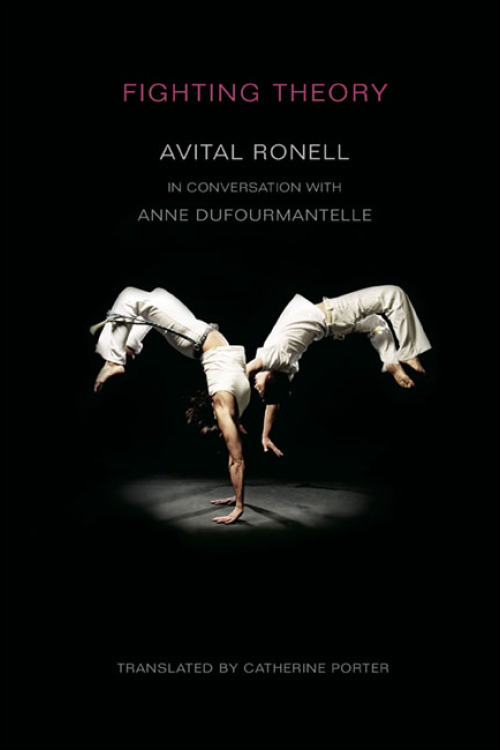 International interest in the work of Avital Ronell has expressed itself in reviews, articles, essays, and dissertations. For Fighting Theory, psychoanalyst and philosopher Anne Dufourmantelle conducted twelve interviews with Ronell, each focused on a key topic in one of Ronell's books or on a set of issues that run throughout her work.

What do philosophy and literary studies have to learn from each other? How does Ronell place her work within gender studies? What does psychoanalysis have to contribute to contemporary thought? What propels one in our day to Nietzsche, Derrida, Nancy, Bataille, and other philosophical writers? How important are courage and revolt? Ronell's discussions of such issues are candid, thoughtful, and often personal, bringing together elements from several texts, offering hints about them, and providing her up-to-date reflections on what she wrote earlier.

Intense and often ironic, Fighting Theory is a poignant self-reflection of the worlds and walls against which Avital Ronell has crashed.

Avital Ronell is University Professor of the Humanities and a professor of German, English, and comparative literature at New York University, where she codirects the Trauma and Violence Transdisciplinary Studies program. She is also Jacques Derrida Professor of Media and Philosophy at the European Graduate School in Switzerland. She is the author of Dictations: On Haunted Writing; The Telephone Book; Crack Wars; Finitude’s Score; Stupidity; and The Test Drive. Anne Dufourmantelle is the author of Blind Date: Sex and Philosophy and other works and coauthor, with Jacques Derrida, of Of Hospitality. She is a psychoanalyst in Paris. Catherine Porter is a professor emerita of French, SUNY, Cortland, and a former president of the Modern Language Association.

"This book is immeasurably important. Avital Ronell is widely regarded as one of the most productive, established, and shrewd literary and cultural theorists of our time. These essays are startling not only in their lucidity but also in the open address that follows from the conversational form. What is most compelling is to see such a strong thinker reflecting on her own thinking in the midst of the other. She shows thought as a kind of undoing and redoing, offering a powerful dynamic to philosophical reflection. It is a tour de force."--Judith Butler, Maxine Elliot Professor, University of California, Berkeley