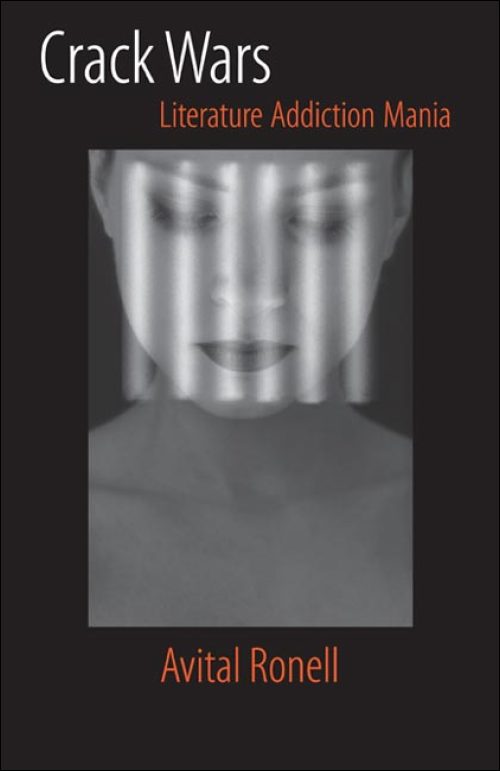 Avital Ronell asks why "there is no culture without drug culture." She deals with the usual drugs and alcohol (and their celebrities: Freud's cocaine, Baudelaire's hashish, the Victorians' laudanum), and moves beyond them to addictions that are culturally accepted--an insatiable appetite for romance novels, for instance, and romance itself.

It is a commonplace of modern culture to presume that there is a subculture or counterculture deeply saturated with drugs, but such modern cultures need subcultures, and need drugs on every level. Culture defines itself, its classes, its power structures, and its economy in terms of how it allows and encourages drugs to circulate. If drugs are dangerous, that danger seems to increase their appeal for millions. If drugs are unnatural and addictive, gasoline is a drug. What is art but a kind of drug, and what is art criticism but a kind of criticism of drugs and drug-induced states?

Gustave Flaubert's Madame Bovary takes up the problems of drugs and addiction in numerous ways, which Ronnell unpacks and presents as examples of the safe and unsafe. From Emma Bovary's romantic hallucinations to her suicide by arsenic, she moves through this realistic novel constantly reaching for the unreal. For Ronell, Emma Bovary represents the first addict, embodying a yearning that calls from the bottom of her humanity, and which it seems can only be satisfied by some sort of drug.

Avital Ronell is a professor of German at New York University. She is author of Dictations: On Haunted Writing, The Telephone Book, Finitude's Score, and Stupidity. Her essays have appeared in Diacritics, Differences, Genre, Modern Language Notes, Stanford Italian Review, Studies in Twentieth Century Literature, Substance, and many other journals.

"Avital Ronell is perhaps the most interesting scholar in America."--Gregory Ulmer, author of Teletheory

"This is another wake-up call from the most exciting critic working today. . . . her switchboard lights up a conference call on the challenge to critical invention and intervention posed by the drug crisis. It is her dazzling accomplishment to have fused the crackling urgency of current events with the premonitions of philosophy and the prescience of literature."--Sanford S. Ames, Substance

"Ronell produces a text of cultural criticism in the best sense, not just as a critique of a cultural text, but a stunning indictment of the text that is our culture."--American Book Review

"Ronell reminds us that the ‘war on drugs' is also and always a struggle for the minds as well as the veins of people. (Ronell) deserves the avid following that is building for her work. Crack Wars will reward your patience."--San Francisco Chronicle

"At the center of Crack Wars is Ronell's constitutive reading of Madame Bovary, that ‘clinic of phantasms,' the urtext of toxic modernity."--David Levi Strauss, Artforum