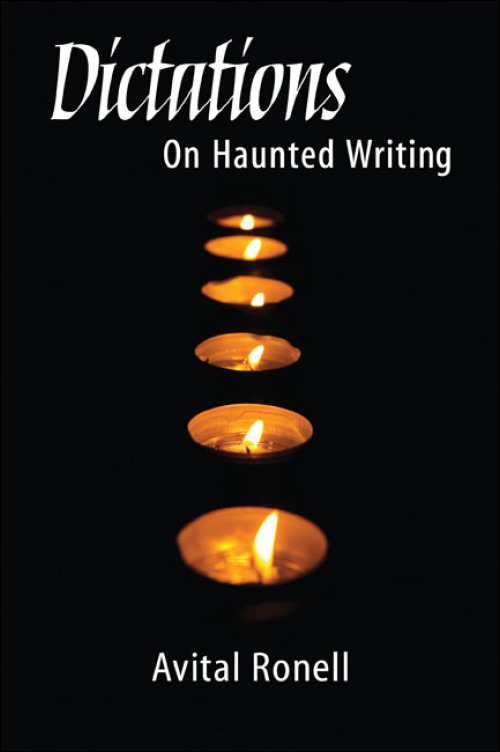 One of the most influential of Goethe's works is one he didn't write but dictated to a young companion. Four years after his death at the age of eighty-three, the great poet spoke again from beyond the grave in Conversations with Eckermann, Johann Peter Eckermann's account of his time with Goethe in the last years of his life. Proclaimed by Nietzsche to be "the best German book," Conversations with Eckermann contains Goethe's last thoughts about art, poetry, politics, religion, and a host of other highly invested areas of concern for the fate of German letters and philosophy.

In Dictations, Goethe is seen as the undead core of German literary and theoretical production, the basis of a poignant code of symptoms that Avital Ronell tracks and traces. Eckermann, for Ronell, emerges as the hero of haunted writing, the toxically depleted head of the class of Goethe scholars.

Avital Ronell is a professor of German, comparative literature, and English at New York University, where she directs the Research in Trauma and Violence project. She is author of The Test Drive and many other books.