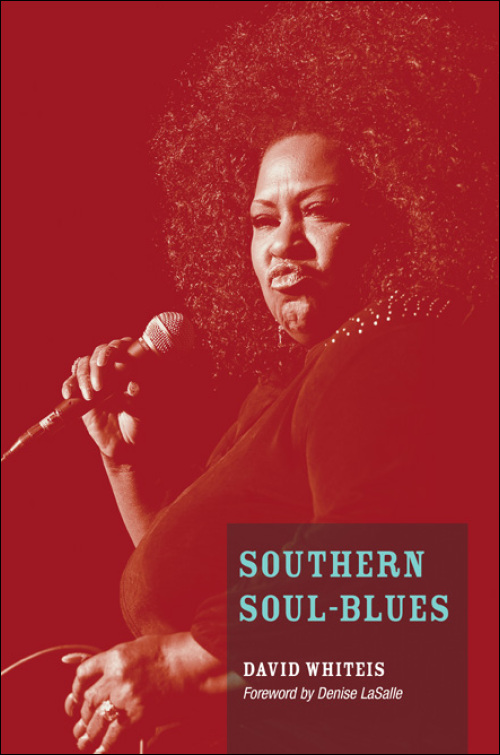 Examining the history and development of southern soul from its modern roots in the 1960s and 1970s, David Whiteis highlights some of southern soul's most popular and important entertainers and provides first-hand accounts from the clubs, show lounges, festivals, and other local venues where these performers work. Profiles of veteran artists such as Denise LaSalle, the late J. Blackfoot, Latimore, and Bobby Rush--as well as contemporary artists T. K. Soul, Ms. Jody, Sweet Angel, Willie Clayton, and Sir Charles Jones--touch on issues of faith and sensuality, artistic identity and stereotyping, trickster antics, and future directions of the genre. These revealing discussions, drawing on extensive new interviews, also acknowledge the challenges of striving for mainstream popularity while still retaining the cultural and regional identity of the music and maintaining artistic ownership and control in the age of digital dissemination.

David Whiteis is an author, freelance writer, and educator living in Chicago. He is the author of Chicago Blues: Portraits and Stories, and his articles and reviews have appeared in Living Blues, The Chicago Reader, Down Beat, Juke Blues, Jazz Times, and elsewhere. Southern Soul Blues won the Best Blues Book of 2013 in Living Blues magazine's critics poll. 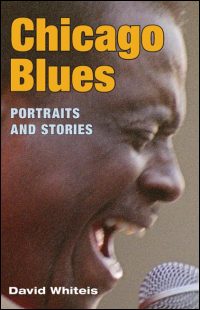 "In this enlightening account of a neglected musical genre, Whiteis profiles some of the genre's leading artists, explores the evolution of modern soul-blues, and insists that soul-blues represents a 'further continuum' of the blues tradition."--Booklist

"Southern Soul-Blues proves that African-Americans have not deserted the blues, but rather redefined it for newer eras."--Downbeat

"David Whiteis writes with a fan's insistent devotion and a scholar's dedication."--Shepherd Express

"Written in an engaging style. . . . Whiteis gives readers a deep cross-cut of this distinctive vernacular musical culture."--Journal of Folklore Research

"This is the most serious writing yet on southern soul. Let's hope good critical attention continues as southern soul evolves."--American Blues Scene

"Deserves a place on the shelf of every serious student of the blues, Southern cultures, and African American culture. Southern Soul-Blues is an excellent introduction to a field in which much work, a good deal of it catch-up, remains to be done."--The Southern Register

"An important book. Its look at some of the key early figures of the music, some current day 'stars' on the circuit, the "raunch debate," and the future of the sound, all solidly written and researched, make it essential."--Chris Heim, KMUW FM 89.1 / Crossroads

"Southern Soul-Blues explores musical particularities that might otherwise, if noted at all in the contemporary archive, be collapsed into more familiar genres like Blues or Rhythm n' Blues (R&B). . . . Centered on African American singers and musicians, this work is important as a contribution to broader discourse that portrays African-descended peoples in the United States as culturally heterogeneous with art forms that defy simplistic classifications."--The Journal of the African American History

"Southern Soul-Blues takes on a woefully unexamined topic to make a significant contribution to studies in African American popular music. David Whiteis is a conscientious researcher, an astute observer, and a superlative writer."--Robert Pruter, author of Chicago Soul and Doowop: The Chicago Scene

Some Southern Soul Blues in Chicago