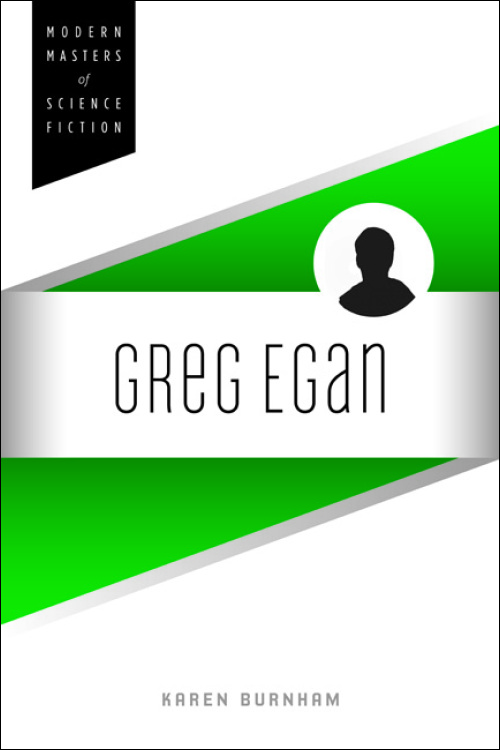 Greg Egan (1961- ) publishes works that challenge readers with rigorous, deeply-informed scientific speculation. He unapologetically delves into mathematics, physics, and other disciplines in his prose, putting him in the vanguard of the hard science fiction renaissance of the 1990s.

A working physicist and engineer, Karen Burnham is uniquely positioned to provide the first in-depth study of Egan's science-heavy oeuvre. She traces the author's career from his early short stories through novels like Permutation City and Schild's Ladder and the Hugo Award-winning novella "Oceanic," analyzing how Egan used cutting-edge scientific theories as a way to explore ethical questions and the nature of humanity. As Burnham shows, Egan's collected works constitute a bold artistic statement: that narratives of science are equal to those of poetry and drama, and that science holds a place in the human condition as exalted as religion or art.

The volume includes a rare interview with the famously press-shy Egan covering his works, themes, intellectual interests, and thought processes.

Karen Burnham works as a physicist and engineer at NASA's Johnson Space Center.

"Burnham’s study is interesting because it is written with sympathy for Egan’s artistic and intellectual agenda by a critic who is also a working scientist. . . . Burnham’s praise for Egan’s work is heartfelt without ignoring those areas in which his sheer cold-heartedness makes him problematic.”—Times Literary Supplement

"Greg Egan is one of the most fascinating and challenging of modern science fiction writers, and Burnham--an engineer and physicist as well as a science fiction critic--brings exactly the needed combination of skills to bear on his fiction, which can range from the densely theoretical to the intensely humanistic. The book ends with the most cogent and forthcoming interview with Egan that I've seen."--Gary K. Wolfe, author of Evaporating Genres: Essays on Fantastic Literature