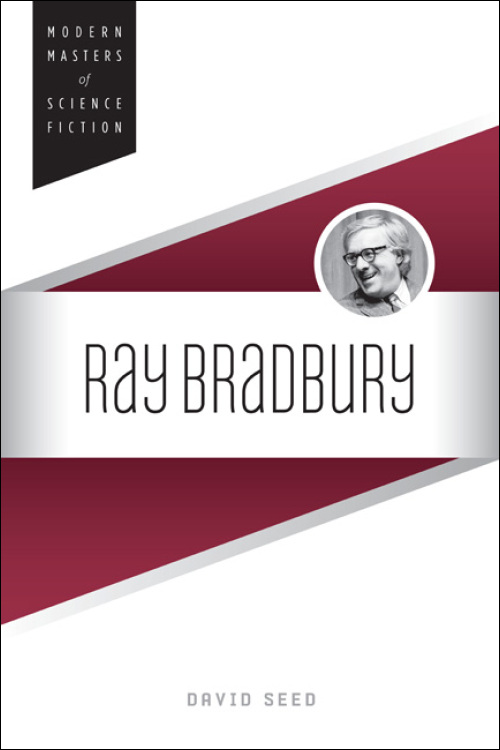 As much as any individual, Ray Bradbury brought science fiction's ideas into the mainstream. Yet he transcended the genre in both form and popularity, using its trappings to explore timely social concerns and the kaleidoscope of human experience while in the process becoming one of America's most beloved authors.

David Seed follows Bradbury's long career from the early short story masterpieces through his work in a wide variety of broadcast and film genres to the influential cultural commentary he spread via essays, speeches, and interviews. Mining Bradbury's classics and hard-to-find archival, literary, and cultural materials, Seed analyzes how the author's views on technology, authoritarianism, and censorship affected his art; how his Midwest of dream and dread brought his work to life; and the ways film and television influenced his creative process and visually oriented prose style. The result is a passionate statement on Bradbury's status as an essential literary writer deserving of a place in the cultural history of his time.

David Seed is a professor of American literature at Liverpool University. He is author of Brainwashing: The Fictions of Mind Control and Science Fiction: A Very Short Introduction.

"Seed's scholarly, yet accessible, appreciation, supplemented by a comprehensive bibliography, reaffirms the ongoing standing of Bradbury's work, especially in the context of his most famous books such as Fahrenheit 451."--Sydney Morning Herald

"Those new to Bradbury's writings will find Seed's book a useful resource for a thorough overview of Bradbury's novels, numerous short stories, and the themes, issues, and relevance of Bradbury's science fiction, then and now. Recommended."--Choice

"A well-researched and clearly argued discussion of the key texts which made Bradbury a titan of mid-twentieth-century science fiction."--Times Literary Supplement

"Makes a significant contribution to the study of Bradbury's science fiction by carrying his survey and analysis on through the entire arc of Bradbury's creative life, further than any earlier studies were able to take it. Seed also demonstrates full command of the critical legacy, which is now incredibly broad in terms of academic, journalistic, and popular media responses to Bradbury's very special brand of science fiction."--Jonathan R. Eller, author of Becoming Ray Bradbury and Ray Bradbury Unbound

"David Seed has not simply read and cited existing scholarship on Bradbury, including Bradbury's own large body of essays and interviews, but he has thoroughly assimilated and synthesized it. This fine, readable study of Bradbury's science fiction stands securely on the shoulders of the best and most perceptive writing about an author whom Seed convincingly assesses as a game-changing figure in twentieth-century American literature and culture."--Robert Crossley, author of Imagining Mars: A Literary History

"With a keen grasp of the American pulp cauldron that emerged after World War II, Seed recounts how Bradbury emerged from the SF "ghetto," only to affirm his masterful grasp of the major themes of SF--Mars, dystopia, space--in works like Martian Chronicles, Fahrenheit 451, and his many stories of space travel. Seed's study is also remarkable in emphasizing Bradbury's many attempts to stage or film his work, noting the supremely visual aspect of his writing. This study was long in coming, and is absolutely essential for the understanding of Bradbury's work."--George Slusser, author of Gregory Benford